“A genteel confection designed to amuse first and inform second.” Read on for the verdict on last night’s TV. 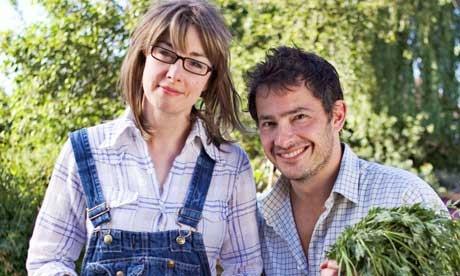 “An undeniably gentle form of televisual entertainment, a genteel confection designed to amuse first and inform second. As a result…it is, well, more than a little silly.”
Sarah Vine, The Guardian

“It should have been right up my hedgerow, but sadly I just found it boring, self-indulgent, and devoid of anything like the wit and charm of the original.”
Brian Viner, The Independent

“Along the way there was the odd tiny nugget of social history but it was all rather like fragments of sweet chocolate seeping through the cracks in the plastic wrapper.”
Matt Baylis, Daily Express

“Although [the original Good Life] is a bit dated, it’s still better than the new one.”
Sam Wollaston, The Guardian

“I like to think of [it] not just as high-class shlock, but also as a form of therapy. Whatever, it was done very well and [Francesca] Annis in particular was marvellous.”
Brian Viner, The Independent

“A satisfyingly menacing tone to this psycho-drama.”
Sarah Vine, The Guardian

“Jack [Duckworth’s] passing was a celebration of everything that has made Coronation Street great, not least the time-honoured counterpoint between high jinks in the Rovers and tragedy elsewhere.”
Brian Viner, The Independent