Why should you buy this report?

This report looks in detail at their content and monetisation strategies and what is driving growth in some of the world’s biggest media companies.

It’s an essential resource for anyone who wants to know how these media giants are making and spending money and their future strategies.

Who should buy this report?

The Content and Monetisation report is for professionals across the media landscape, from busy C-suite executives to strategy, insight, investment and research personnel wanting context and data. 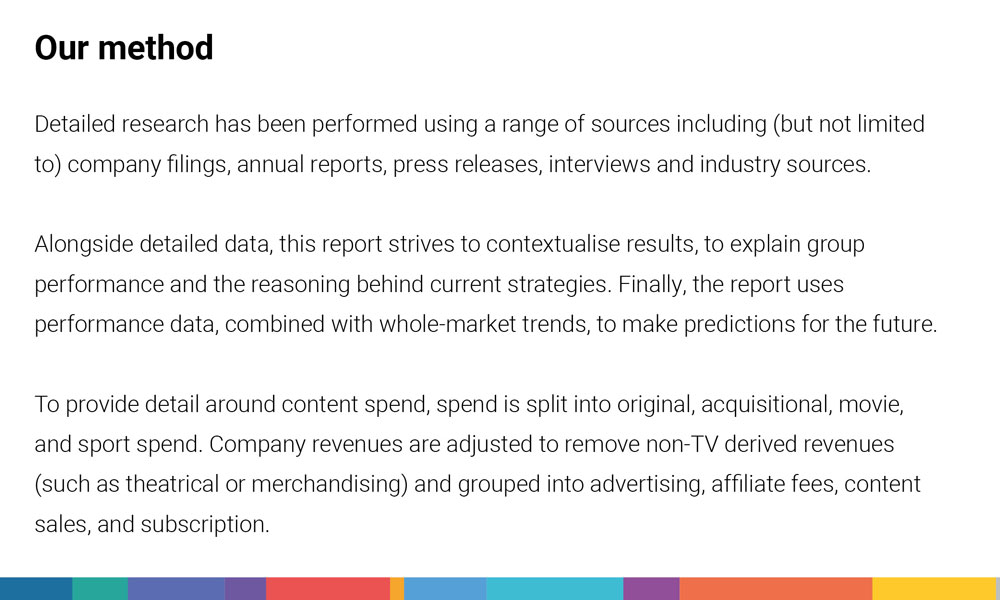