“For those who stick with it, their patience will be lushly rewarded” 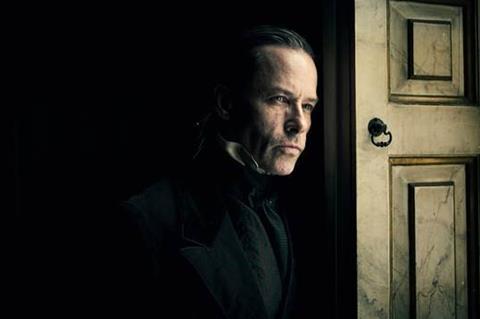 “Writer Steven Knight sets out his stall from the start, as an embittered ex-employee sprinkles the grave of Jacob Marley with something that could never pass for holy water. The indignity brings his unquiet spirit to life. And since he’s played by Stephen Graham, you can bet he’s not happy.”
Jeff Robson, The i

“In my ’umble opinion A Christmas Carol works best in one sitting, the journey unfractured. Let’s face it: we’re mostly here for the haunting, which we haven’t had yet. But for those who stick with it, their patience will be lushly rewarded.”
Carol Midgley, The Times

“It’s hard to see who Knight’s foul-mouthed, scabrous rewrite is supposed to please. Traditionalists will hate it, while modern audiences will regard this three-parter, which continues tonight, as too dated. It is also so dimly lit and slow that you sometimes wonder whether the TV has switched itself off.”
Christopher Stevens, Daily Mail

“Christmas is for kids, really, we all know that. But this version of A Christmas Carol, my friends, is for you. Three parts, BBC One, an hour long each, adults only. Not because there’s any sex (although there is a bit of swearing), but because it’s simply … so grownup.”
Lucy Mangan, The Guardian

“The problem with A Christmas Carol as festive entertainment is that you have to wait quite a while to reach the feelgood bit. If you stick this out for another two nights, you’ll get there. Otherwise, I can recommend the one with the Muppets.”
Anita Singh, Telegraph