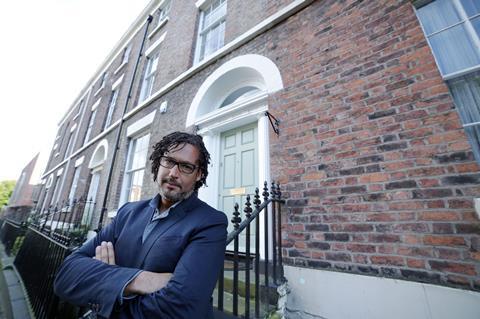 “A House Through Time ended last night in a triumph for quality factual television and a tragedy for celebrities. Because it proved that the history of one anonymous terraced house is more watchable than the history of any actor/singer/TV presenter that might have emoted their way through an episode of Who Do You Think You Are. This has been a fascinating way to storyboard social history and will no doubt be copied.”
Carol Midgley, The Times

“A House Through Time spent four hour-long episodes delving into the past of a single dwelling in Liverpool. Thankfully, this narrowing focus didn’t mean a loss of insight. The devil truly was in the detail. It was like lifting a stone to find a microcosmic universe beneath.”
Michael Hogan, The Telegraph

“As the brilliant series A House Through Time Has Shown, few inner city areas can have meant so many different things to so many people over such a short time. From a show-off des res for the newly minted to a cramped slum to a hipster haven, No 62’s story charted not just what happened in Toxtech or Liverpool, but to the nation. All the same it was a story that was unique to the city that told it, forever linking back to the docks, the multicultural mix and the Mersey.”
Matt Baylis, Daily Express

“Frankly there can’t be enough about Derry Girls because it is brilliant, the most look-forwardable-to television right now. And this fourth episode is especially glorious. Writer Lisa McGee has a talent for mining laughs from unlikely places. And here she finds a bountiful fresh stream.”
Sam Wollaston, The Guardian

“Last night’s Derry Girls was slightly less funny than previous episodes, but that’s OK. They set a high bar and it’s hard to top Northern Irish schoolgirls swooning over a ‘weeping’ statue of Our Lady that was actually a dog peeing through the church ceiling. But even when not quite at its best it is still whip-smart and cheerfully uplifting, with one-liners coming like gunfire.”
Carol Midgley, The Times

“Hilarious and yet, as with every other bit of Lisa McGee’s hit sitcom, the time and the place are never far from view.”
Matt Baylis, Daily Express

“Considering how elusive cats are, the footage was impressive, from wide shots of a pride strutting through the dust to the detail of a cheetah’s pale amber eyes. The narrative was forward-thinking, intelligent and full of intriguing facts, stories and people.”
Lucy Jones, The Telegraph

“I’d rather travel with two real enthusiasts than the kind of restaurant critic who pretends he can distinguish between different vintages of wine with a sip-and-swill — and who thinks this somehow makes him a superior being. The duo are at their culinary best not in an achingly well-appointed kitchen surrounded by spiralisers and chocolate fountains, the Nigella Lawson way, but roughing it in the open air.”
Christopher Stevens, Daily Mail