A House Through Time; New Lives in the Wild; The Peter Wright Story; Unprecedented

“It is history humanised and made accessible and though it does not go into much detail, that is different from being oversimplified” 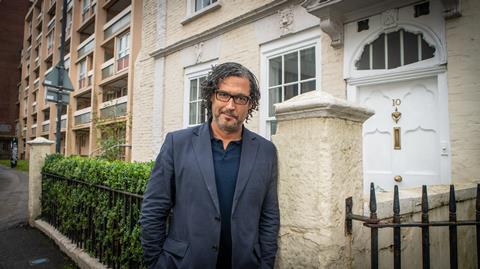 “It’s a tricky format to pull off because a house can be owned by anyone over decades, but the messiness of what the deeds kept throwing up about this Bristol house told its own fascinating story, whether it was tales of piracy, a self-serving political pamphleteer or a foundling girl called Martha left on the doorstep.”
Ben Dowell, The Times

“Like Who Do You Think You Are? – and the likes of the wonderful The Secret History of Our Streets a few years ago – A House Through Time does what it does very well. It is history humanised and made accessible and though it does not go into much detail, that is different from being oversimplified. There is room to breathe. What it covers, it doesn’t rush through.”
Lucy Mangan, The Guardian

“Olusoga is a fine presenter with a gift for treating history with an accessible touch, but let’s hope Bristol’s sinister past won’t overshadow the series.”
Adam Sweeting, The i

“What a surprise. Of all the houses that Lefty British-Nigerian historian David Olusoga could have picked to illustrate Bristol’s past, he chose one steeped in slavery.”
Christopher Stevens, Daily Mail

“He may get these gigs because he’s still remembered in TV circles as the star of Castaway 2000, that experimental community isolation reality show from 20 years ago. But hardiness isn’t really Fogle’s speciality. In Castaway 2000 he preferred quiet walks by the sea, and in his first visit to the Longs the old softie couldn’t bring himself to club to death a trapped possum (although he could also probably feel the likely Twitterstorm from 19,000km away).”
Ben Dowell, The Times

“It was gently amusing to see the shudder of fear that crossed his face when he recalled his first telling off from an apoplectic Siegfried — after turning up late for work without his tie. Peter’s reason? He’d been up all night, struggling to deliver a calf. That excuse didn’t save him.”
Christopher Stevens, Daily Mail

No one could accuse the rapid response BBC Four series Unprecedented of being Unambitious or sounding Uninteresting. But on the strength of the first of four half-hour episodes my underwhelmed response was that it may prove less than the sum of its parts.
Dominic Cavendish, Telegraph