Accused of Murdering Our Son; Escape To The Farm; Cher and the Loneliest Elephant 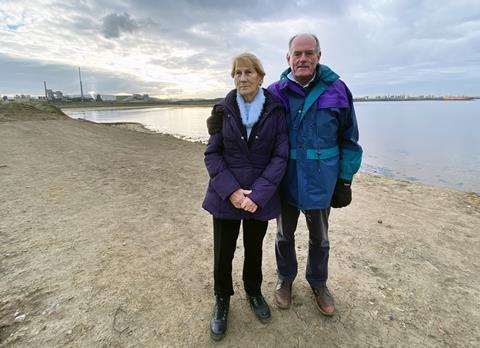 Accused of Murdering Our Son: The Steven Clark Story, ITV

“The central mystery remains as compelling today as it did when Steven went missing in December 1992. This film had no more answers. But perhaps raising awareness of the case will encourage someone to come forward.”
Anita Singh, The Telegraph

“It’s the sort of thing Netflix might make a moody true-crime documentary about if the leads weren’t so scant and it was Salt Lake City not Saltburn-by-the-Sea in North Yorkshire. The documentary, presented with some theatricality by the self-styled TV investigator Mark Williams-Thomas, had extraordinary access to Steven’s parents, Charles and Doris, given that for much of the filming time they were under arrest for his suspected murder.”
Carol Midgley, The Times

“In this evidence vacuum, what is available – namely Doris and Charles and their every unguarded facial expression and peculiar choice of word – takes on an outsized importance. Scrutinising them makes for compelling television, but in the final analysis our impressions are irrelevant in determining innocence or guilt.”
Rebecca Nicholson, The Guardian

“Private investigator Mark Williams-Thomas had the rare privilege of questioning two people who insist they are desperate to clear their name but cannot, because they are not expected ever to stand trial. So it was frustrating that, though he mused to himself on the unanswered questions, while talking into his tape recorder, he didn’t press the Clarks for answers. We were left to make up our own minds about what might really have happened to Steven. It was an incomplete and unsatisfactory probing of a sad story.”
Christopher Stevens, Daily Mail

Escape To The Farm, Channel 5

“Escape To The Farm follows a simple magazine format, cramming lots of farming lore into each hour. With plenty of appearances from her neighbour and mentor, ‘Farmer Tim’, the show can sometimes tip into tweeness. But Kate Humble’s natural ease on film saves her.”
Christopher Stevens, Daily Mail

“Wildlife documentary made wildly camp: that was Cher and the Loneliest Elephant, a tale to lift the spirits and warm the heart. But good for her, taking up the campaign and travelling to Islamabad in the middle of a pandemic. In a world of achingly dull celebrities, it’s fun to watch one who doesn’t mince her words. For a tightly edited documentary, it packed in a lot of information and built up a sense of jeopardy as the team had to overcome various obstacles.”
Anita Singh, The Telegraph