“There is a verve to the direction and a confidence in the moments of humour and how the series cuts to the bone of matters.” 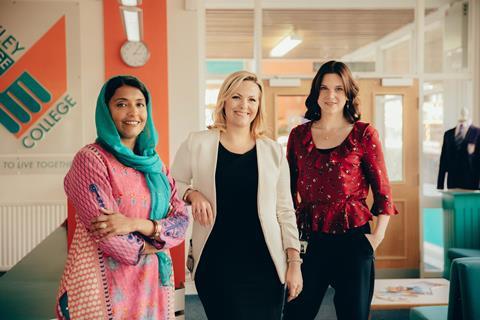 “There is a verve to the direction and a confidence in the moments of humour — drug-dealing pupils stealing alpacas must be a first — and how the series cuts to the bone of matters. Last night tackled domestic abuse as Jordan was beaten up by his dad while his brother watched, frozen to the spot. Strong stuff pre-watershed.”
James Jackson, The Times

“In my household we’re ecstatic, obviously, that the cheeky, Northern, well-out-of-bounds school drama Ackley Bridge is back for another term of mayhem and missed homework. I wonder, though, how many cheeky, Northern (and the rest) dramas have to do the sheeprustling trick before it loses its sheen. To be fair, they did it with a pack of alpacas this time but like flat caps, whippets and flat beer it smacks of something Southerners say about a North they have never visited.”
Matt Baylis, Daily Express

“As thoughtful a contribution to the education debate as Grammar Schools: Who Will Get In? has been, the series really answered only one of its questions. Is selective education fair? No. And because that idea nagged away, the argument for the grammar system felt ambiguous, despite the Townley Grammar head teacher’s best attempts.”
James Jackson, The Times

“Flights From Hell: Caught On Camera faced stiff competition from just about anyone who’s ever got on an aeroplane and gone somewhere. On this particular show (or should I say, package of bought-in mobile phone clips plus voiceover) they seemed to be on the side of aircrew. I’m afraid, like those people who root for the rotters on Crimewatch, or support Millwall FC, I felt quite a bit of sympathy for everyone losing it, airside, on last night’s programme.”
Matt Baylis, Daily Express