NAB 2015: Adobe is previewing updates to its video offerings at NAB, including a new colour panel and a ‘magic’ fix to remove unwanted pauses and jump cuts in edits, as well as new character animation capabilities. 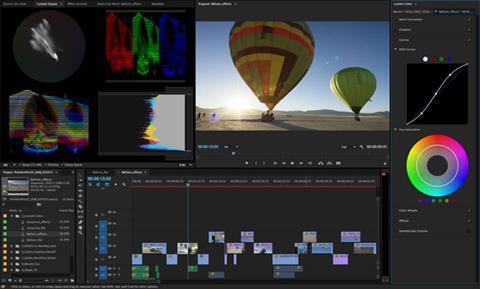 Morph Cut in Premiere Pro CC takes out unwanted pauses and jump cuts, while Time Tuner in both Premiere Pro CC and Adobe Media Encoder CC automatically adjusts the duration of a video to a pre-set length while maintaining high quality results.

A new Face Tracker in After Effects CC can track facial gestures for greater masking accuracy.

Another new utility, Adobe Character Animator, tracks the movement of the user’s head, mouth and eyes in front of a webcam and can trigger bodily movements using a keyboard to ensure characters are as lifelike as possible.

In addition, the company is previewing Project Candy, a mobile CC Capture app that uses a smartphone camera to capture production quality lighting schemes and then apply them to video footage in Premiere Pro CC.

At NAB, Adobe is also announcing significant enhancements to Adobe Primetime, which powers TV content across screens including OTT devices such as Apple TV and Roku. Specifically, Adobe is unveiling innovations in video delivery, monetisation and personalisation to enable new OTT business models for content owners, programmers and pay-TV providers.

These updates are expected to ship in the coming months. The company is currently offering a special offer aimed at video professionals who switch to Adobe Creative Cloud, for £26.68 a month for the first year.