Adult Material; Prince William: A Planet for Us All 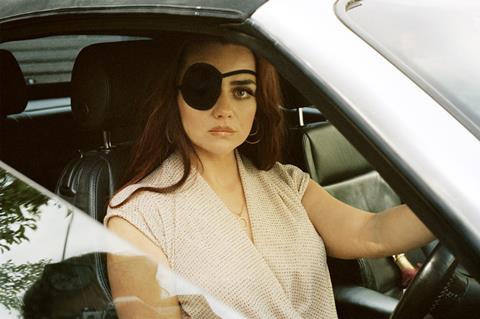 “The distance between fantasy and reality is mined for comedy early on in Adult Material. The jokes are required because the subject matter is grim. But Kirkwood strives for more than comedy. She is interested in the murky moral complexities of this world. As a viewing experience, it is deeply uncomfortable.”
Anita Singh, The Telegraph

Prince William: A Planet for Us All, ITV

“It’s easy to be cynical about the monarchy and the environment, and that is my proud default setting. However, I did find William’s film surprisingly moving. It is beautifully filmed in stunning locations from Anglesey in Wales to the Hindu Kush mountain range that stretches through Afghanistan, and with the usual cast of popular charismatic creatures: elephants, red squirrels, penguins, dragonflies, and so on. William, in his gentle, charming, unassuming way, is becoming quite an adept TV presenter.”
Sean O’Grady, The Independent

“It was an ego-less exploration of how we can all help, with children leading the way to repair their elders’ damage. I did stroke my chin while reflecting on royal shooting weekends and that photo of the Duke of Edinburgh after he had killed a tiger in India for fun. Yet it wasn’t the sort of documentary to raise awkward details like that. And William’s commitment to protecting the environment seems genuine.”
Carol Midgley, The Times

“As the Duke pointed out, he is not the first in his family to champion these issues: his father and grandfather were ahead of their time in addressing the environment and conservation. What the documentary failed to explain very well was how far the Duke’s role goes in all of this, beyond raising awareness with royal visits. It would have been instructive to see how he is marrying all of these projects together. Instead, we just saw him moving from place to place – one moment canoeing around a wetlands in Hackney, the next on a trip to Pakistan to hear about flooding.”
Anita Singh, The Telegraph

“As royal causes go, it is a worthwhile one. That said, some unsaid aspects of this documentary did rankle. That the Prince is a keen hunter does not necessarily negate any of his campaign work, but it does seem odd not to mention it at all in a documentary like this, given that you could argue that royal hunting glamorises the sport, potentially contributing to its illegal incarnations.”
Barbara Speed, The i

“In a documentary two years in the making, which was still being tweaked in the editing suite until last week, William steered a careful course. He was anxious to avoid taking an overtly political stance while making sure his statements avoided empty jargon or blandness.”
Christopher Stevens, Daily Mail