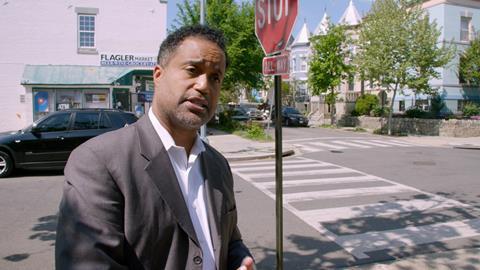 After Truth: Disinformation and the Cost of Fake News, Sky Documentaries

“There were welcome moments of (unintentional) comedy, namely when the right-wing conspiracy theorist and troll Jacob Wohl, together with Burkman, called a shambling press conference to try to smear Robert Mueller with a false sexual misconduct allegation, claiming that they would produce a “victim” (she never showed). The way that the assembled journalists systematically pulled apart this farce with logical questions as the hapless double act stuttered and flailed made me proud of the so-called mainstream media.”
Carol Midgley, The Times

“Did you hear the one about all the Walmarts in Texas being connected by secret underground tunnels, and how President Obama was going to turn them into detention centres for political dissidents? Or the one about the Washington DC pizza and ping-pong restaurant that housed a child sex ring linked to Hillary Clinton? You may be able to spot that both of these stories are mad conspiracy theories. Unfortunately, plenty of people cannot. After Truth: Disinformation and the Cost of Fake News (Sky Documentaries) was a well-researched and depressing look at how and why such stories spread online.”
Anita Singh, The Telegraph

“This two-hour tour of Pompeii’s ruins presented little new information but painted a picture of a town where pleasure was paramount — exotic food, lavish spectacle and hard drinking. It appears the Romans handled it rather better than we do.”
Christopher Stevens, Daily Mail

“It’s fast-paced, quirky, upbeat and doesn’t drag on too long. John Barnes won, assisted by his daughter, a junior doctor, and her partner, also a junior doctor. But fair play to [Matt] Le Tissier’s humour. He said he was accustomed to losing because he used to play for Southampton.”
Carol Midgley, The Times

“The emphasis is on showing the human side of the crews, sharing a joke and words of mutual encouragement. But viewers are free to reach our own conclusions. When heavy drinking turns riotous and out of control, it prevents the health service from doing its job. That affects all of us — including the most innocent.”
Christopher Stevens, Daily Mail