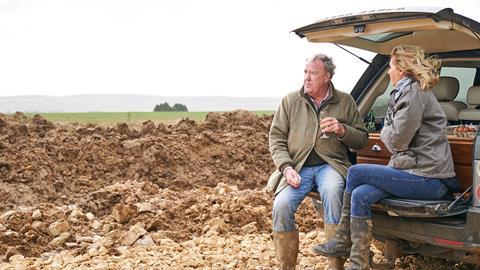 Jeremy Clarkson is to return to Diddly Squat Farm for a second series as Amazon Prime re-ups his ob doc series.

Filming has commenced on series two of Clarkson’s Farm from Expectation and Con Dao Productions, as the Grand Tour host spends another year in the world of agriculture. Clarkson’s fellow farmhands from series one will remain, including tractor driver Kaleb, advisor ‘cheerful’ Charlie and farm shopkeeper and girlfriend Lisa.

The first series of Clarkson’s first solo Amazon project dropped last month and Clarkson described it to Broadcast as an antidote to other broadcasters’ unrealistic depictions of farming.

The move entrenches his relationship with Amazon, which kicked off with the Grand Tour.

Dan Grabiner, who was recently promoted to head up UK originals for Amazon Studios, recommissioned the series and it will continue to be exec produced by Peter Fincham and Con Dao’s Andy Wilman.

“It is that authenticity, charm and humour, combined with the farm’s fantastic characters, which have made the series such a remarkable hit with audiences,” he added.