“If there’s a baton to be twirled she’ll damn well twirl it, but she also navigates a compelling historical journey and gives good script” 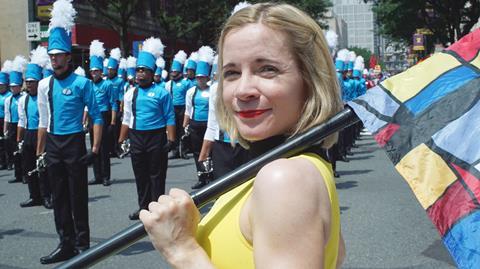 “Lucy Worsley puts together a dense package. She powers through it with her earnestness and academic training and rigour backing her up all the way. You have to pay attention, but the rewards are great when you do.”
Lucy Mangan, The Guardian

“Provided that one accepts that she will always ham it up to the hilt, grab any period bonnet within range and speak with the tone of a Play School presenter, it’s fine. Yes, if there’s a baton to be twirled she’ll damn well twirl it, but she also navigates a compelling historical journey and gives good script.”
Carol Midgley, The Times

“Not only did she get to throw bales of tea into Boston harbour and fire a cannon at the English redcoats, but she seized every other opportunity for dressing up. We mustn’t be cross with her, though. Her sense of fun extends to history, imbuing her lessons with such mischief that it is impossible not to be provoked and entertained.”
Christopher Stevens, Daily Mail

“This was the often fascinating story of a country puffing out its chest and making up its own history as it went along. Strip out the unabashed play-acting and the actual history was quite bracing.”
Jasper Rees, The Telegraph

“This was, as so often, a reminder of the superb work done quietly by medical staff and of the gargantuan bills faced daily by the NHS, which often has to resort to the private sector to free up beds. Humbling television.”
Carol Midgley, The Times

“The BBC’s ongoing X-ray of the NHS has brought it to Liverpool, where the same old narratives are in play: masses of strain on the system and its indispensable staff. There was much talk of pathways and patient journeys and, like others, this episode worked hard to reach positive destinations.”
Jasper Rees, The Telegraph