“This was a masterfully drawn portrayal of courtly intrigue.” 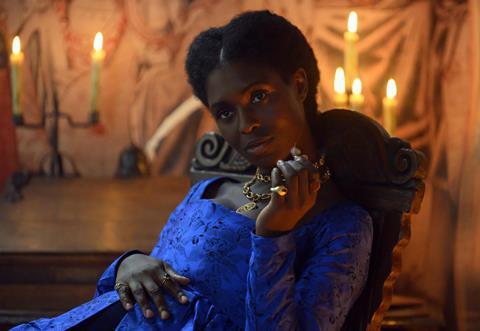 “This is not The Tudors, this is Proper History and it delivers on all the basics. The five-months-in-three-parts structure keeps things moving at a clip without sacrificing either detail or comprehension. And holding it together they have a superb Anne in Jodie Turner-Smith, every inch the embattled queen, unshakeably regal even as she flashes fire and fury in the wake of Henry’s latest betrayal.”
Lucy Mangan, The Guardian

“This was a masterfully drawn portrayal of courtly intrigue. While the cautious tempo took a little adjusting to, sumptuous production values and regal acting added up to a right royal triumph.”
Ed Power, The i

“Anne Boleyn’s already much-discussed aspect — having a black actress play Anne — is its ace card, bringing an instant distinctiveness. OK, this is likely to appeal more through emotional resonance than intellectual, but so far it’s a pacey, ambitious spin on such familiar ground.”
James Jackson, The Times

“It turns out that the casting isn’t the notable thing about Anne Boleyn. What jumps out at you is that the whole production is really quite bad. Turner-Smith looks suitably regal but gives a performance of little depth in this opening episode. But the failure of the drama isn’t the fault of any of the cast. No, the problem here is the leaden script and lumpen direction. The colour-blind casting suggests a boldness that simply isn’t evident elsewhere.”
Anita Singh, The Telegraph

“Anne is the focus throughout and, if the script wasn’t so lumbering, that would be a refreshingly welcome way to retell the story. It’s about time history was seen through Anne’s eyes. But half the dialogue is lumpen, and the rest is ludicrous.”
Christopher Stevens, Daily Mail

“It’s debatable whether the series as a whole truly adds anything new to its heroine’s legacy. Turner-Smith, the show’s star attraction, has a strong handle on the more arch dialogue, as well as Anne’s moments of quiet devastation. She’s a good fit, too, for the show’s heightened soapiness.”
Adam White, The Independent

“The Pact started a bit ho-hum but grew into a decent bit of week-night twisterama. Last night’s finale even managed to end satisfyingly, something that so many TV crime dramas struggle to do.”
James Jackson, The Times

“This was a gripping, though sobering, documentary. Covid presented a perfect opportunity for anti-vaxxers, it was explained in a film that set out the facts calmly and without sensation.”
Ed Power, The i