Anton Ferdinand: Football, Racism and Me; The Undoing; Leonardo

“This was a sober, intelligent reflection on a very ugly problem” 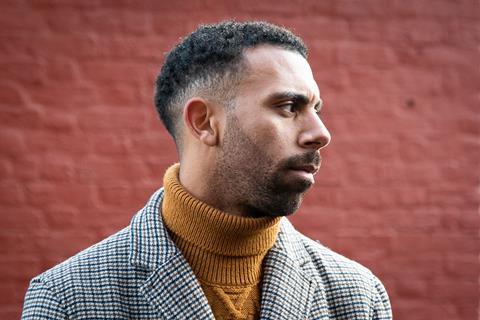 “Ferdinand may have waited nine years to find his voice, but this was a sober, intelligent reflection on a very ugly problem, revealing the maggoty truth that often is found lurking beneath football’s shiny veneer.”
Carol Midgley, The Times

“The documentary was, more than anything, a meditation on both the value and the cost of speaking out about racism — and of keeping quiet. In contrast to most celebrity-fronted programmes, Ferdinand’s vulnerability and visible distress showed how hard the decision must have been to make the documentary. It is now up to the footballing community to listen carefully to what he had to say.”
Barbara Speed, The i

“This film was Ferdinand’s belated way of processing what had happened, and a wider look at how the game deals with racism. The bleak news was that not much had changed. Ferdinand didn’t interrogate the people he spoke to. But he was candid and heartfelt as he spoke for the first time about how the incident had affected him.”
Anita Singh, The Telegraph

“He appeared mentally fragile, often close to tears and shaking with nerves before he made a short speech to teenage players. Ferdinand endured violent threats against his children and received bullets in the post. It was all too obvious that he has not coped well, and his bravery in making this programme must be applauded.”
Christopher Stevens, Daily Mail

“It’s hard not to feel let down. And it’s not just that the wild conspiracies the internet has been cooking up fall apart as the closing credits loom. The real disappointment lies in the degree to which The Undoing shows itself to be simply a cheesy thriller. The Undoing had a decent run and genuinely reeled us in for a while. But in the end, it is revealed to be nothing more than an absurd little game of cat and mouse, remarkable only because it cast two great actors as the leads.”
Eamon de Paor, The Independent

“At best, you could argue that the reveal was appropriately meta for our modern, sophisticated age. At worst you could throw a brick through the screen while roaring that an audience hasn’t been this damnably treated since it was all a dream for Bobby in Dallas. So let’s just say that everything fell apart in that final episode. What had been enjoyably slick became silly. What had been sombre became cheesy. Tension dissolved into disbelief.”
Lucy Mangan, The Guardian

“Actually, wasn’t that sort of brilliant? The show conned us into believing it was cleverer than it really was - making us look at everything except the answer that was staring us in the face. The Undoing won’t win any prizes for its plausibility. But it kept us guessing until the end.”
Anita Singh, The Telegraph

“The documentary made its way chronologically through some of Da Vinci’s standout paintings, the camera lingering generously on each before we heard more about it. For anyone intimidated by art history, the straightforward format was welcome: it offered the chance to consider each piece up close, unjostled by gallery crowds, before artists and historians helpfully told us what to think about it.”
Barbara Speed, The i