Picture and audio post production of the three-part docu-drama about the attempted invasion of England by the Spanish Armada in 1588. 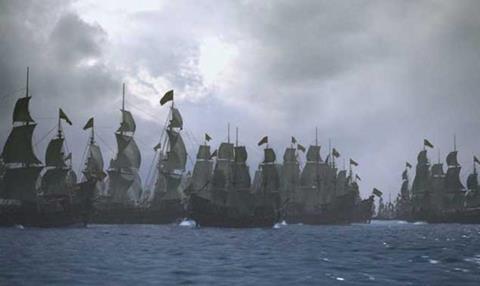 Brief Picture and audio post production of the three-part docu-drama about the attempted invasion of England by the Spanish Armada in 1588. With dramatic recreations of the home front and the sea battles themselves, the creative brief for the audio was to provide a soundtrack that was as big as the Armada itself.

How it was done Dubbing Mixers James Evans and Greg Gettens achieved this through a combination of highly detailed track lay and sound design, which included a Foley record pass, crowd ADR, bespoke effects and a full dialogue editorial pass.

This was used by Gettens in the final mix to create a cinematic feel to the overall soundtrack that plunged the viewer right into the heart of the battle. The online was completed in Symphony Nitris and the grade in DaVinci Resolve by Boyd Nagle.