Art of Persia; Murder in the Car Park; College Behind Bars; Inside Monaco: Playground of the Rich

“Samira Ahmed was granted a rare opportunity to journey into the heart of Iran and she didn’t waste it.” 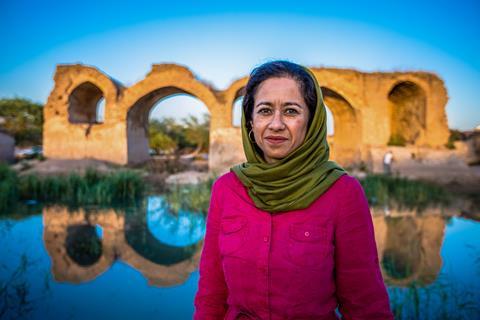 “Samira Ahmed was granted a rare opportunity to journey into the heart of Iran and she didn’t waste it. A lesser presenter would have been content to make this into a travel programme, with the occasional observation about the Iranian people. But Ahmed is clever and curious, and you sense that this is one of the great projects of her career. Her ambition is no less than to introduce us to 3,000 years of Persian history, art and culture, deferring to experts where necessary but acting as an enthusiastic and knowledgeable guide. Seeing a presenter’s eyes shining at the thrill of what they’re seeing is infectious.”
Anita Singh, The Telegraph

“A visually gorgeous documentary, it had the heft, educational value and majestic footage of a Schama or an Attenborough. I can imagine a lot of money was spent here, but the result was a lush film that was part art lesson, part Persian history lesson, part culture guide. It took Ahmed three years to get into Iran to film, and she had a surprising amount of access to a country that to many feels like a closed book. When Iran is in the news here, it is rarely for good. This side of Iran, with its Revolutionary Guards and women jailed for not wearing scarves, was not addressed. We were here to see its dreamy, poetic, artistic side.”
Carol Midgley, The Times

“Ahmed has a clear passion for the country and its culture, and tries to show that while the Islamic Republic might be inward-looking, cultural exchange can and should still take place. Indeed, both the BBC’s efforts and the access granted by the Iranian government for this series represent a real step forward in that regard, especially if this results in more access for international academics and media in future. An equally important step will be if we take the time to learn about the rich history of a place we may know little about beyond headlines about sanctions and military clashes.”
Barbara Speed, The i

Murder in the Carpark, Channel 4

“This latest documentary is concerned with the death of Daniel Morgan, a private investigator killed outside a southeast London pub 33 years ago. We were taken methodically through the evidence. The programme was four years in the making, and the quality told. Often, reconstructions are the weakest part of programmes like these. But here they did a fine job of conjuring a shady world in which private detectives propped up the bar with CID men, and detectives moonlighted in security jobs alongside dubious characters.”
Anita Singh, The Telegraph

“Murder in the Car Park was a thoroughly researched yet tawdry tale of dodgy-looking geezers, old-fashioned coppers, allegations of police corruption and a private detective with an axe through his head. Interviews with Jonathan Rees, Morgan’s business partner and a man who looked as though he belonged in an episode of The Sweeney, formed the spine of the documentary, which was peppered with reconstructions, some of them badly acted to a comical degree.”
Carol Midgley, The Times

“Murder In the Car Park painstakingly reasseses the Met Police’s most investigated unsolved case over three 90-minute episodes. Towards the end, we got a glimpse of why this murder had much broader implications for British society, and how it intersected with some of the biggest police investigations of the past 30 years. The documentary also covers the investigation into phone hacking by the British media, during which it emerged that Jonathan Rees had drawn on a network of corrupt police officers to supply information to the News of the World, earning £150,000 a year from the paper. The story is fiendishly complex, but this slick production did a good job of bringing it to life.”
Barbara Speed, The i

“The producers of the true crime documentary recklessly invited about a dozen former crime squad officers from a South London nick to tell them about an unsolved killing from 1987. These shows usually run to an hour. The opening episode of this one lasted over 90 minutes, and the story barely got going. We heard the minutiae of the case from every view-point, with old CID scores being settled and ancient grievances dredged up. The first five minutes were taken up with a heated debate about whether the Super in charge had a swift double Scotch to calm his nerves after seeing the body.”
Christopher Stevens, Daily Mail

“It should not be strange to hear prisoners talk about The Oresteia or Moby-Dick or eukaryotic cell structure – but it is. Directed by Lynn Novick and executive-produced by Ken Burns, it follows several prisoners of New York state’s Eastern Correctional Facility and one at Taconic Correctional Facility, a medium-security prison for women. All of them are working towards a college degree under Bard College’s Bard Prison Initiative (BPI). This remained admirably focused on the practicalities of prison life and prison programmes. Every prisoner here comes with a wealth of compelling backstory, but it is a tribute to the discipline and focus of the film-makers that only a few are related in full. It also allows the film’s focus to remain on the educational programme and its effects.”
Lucy Mangan, The Guardian

“This episode took a tour of the police armoury and described the force as ‘Prince Albert’s private army’. Every copper has more weapons than Rambo and is trained to show zero tolerance even for motoring offences. This documentary, which was so obsequious towards the royals last week, did manage to stop slavering over all the wealth, at least for long enough to visit the women’s block of the prison. There, the Mediterranean can be seen twinkling beyond the bars.”
Christopher Stevens, Daily Mail