Incarcerated drug dealers and armed robbers could soon be adding metadata to digitised TV and film archives as part of a planned media ingest service. 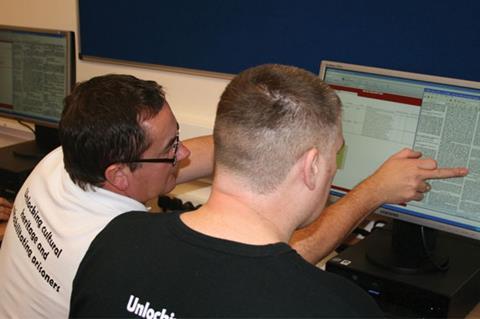 Public-sector services provider Serco and technology and facilities group Ascent Media are behind the
scheme, which would see prison inmates form the backbone of a commercial metadata annotation offering, called Artemis.

It would provide broadcasters and archive owners with a cheaper way of carrying out what is currently a cost-prohibitive task.

A ‘modest’ wage would be paid to prisoners for analysing browse quality copies of back-catalogue film and video content and then inputting a detailed description of it - including camera angles - into specially designed electronic forms.

Serco believes that the service could play a significant part in training and rehabilitating criminals if it is launched commercially.

A proof of concept project using footage and documents from a major UK broadcaster and the National Archive has just been completed at Lowdham Grange, a Category B, private “training prison” near Nottingham.

The next step is a market pilot at the prison which, if successful, could be rolled out across other prisons in the UK.

Ascent Media vice president of business development Chris Kidd stressed that the scheme was not exploiting the prisoners who were taking part in it.

“It’s no different to outsourcing to Eastern Europe,” he said. “With a service like this there has to be an attractive package for clients, but transparency is key. We aren’t ashamed of this. Ascent will put its
name on it to guarantee quality.”

A full version of Artemis (Achieving Rehabilitation Through Establishing a Media Ingest Service) could be operational by early 2010.

“Artemis will make a difference to inmates over a long period,” said Serco media consultant David Crocker. “It will give the prisoners long-term financial stability for when they leave and help reduce re-offending rates. There is also an educational value that they get from engaging with the material.”

Serco currently fulfils commercial contracts for a number of other industries, including textiles and healthcare.