Australia opens up to UK indies

Australia’s importance to the UK TV industry is set to boom in three areas: British indies winning commissions down under; consolidation of its domestic production sector; and Australian shows being picked up by British broadcasters. 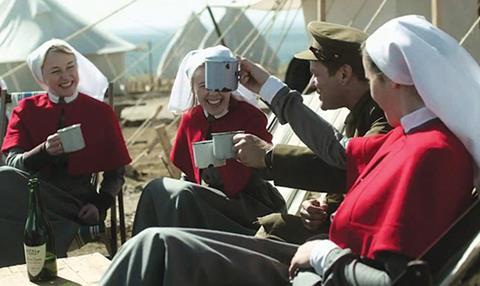 Commissioning opportunities in Australia have been boosted by a new agreement between Pact and its counterpart Screen Producers’ Association of Australia (SPA).

The memorandum of understanding focuses on practical benefits such as co-pro frameworks, but also means producers can call on Pact for assistance if issues arise while making shows in the country.

Pact chief executive John McVay said he expects this to increase following the SPA deal. “There’s a big opportunity in Australia. There’s always been trade between the UK and Australia but now it’s becoming more of a commissioning market.”

The wide-ranging opportunities in both scripted and non-scripted are with commercial broadcasters Seven, Nine and Ten, public stations ABC and SBS, and pay-TV channels including Foxtel.

International consolidation within the Australian production sector is also expected to continue. NBC Universal took full control of Matchbox Pictures last month after initially buying a stake in the The Slap producer in 2011.

Matchbox is working on forthcoming Toni Collette-fronted religious drama Devil’s Playground and The Gallipoli Story, a miniseries about a group of journalists in 1915 – including Rupert Murdoch’s father Keith – who were embedded with troops.

Matchbox managing director Chris Oliver-Taylor told Broadcast that a new wave of Australian drama is attracting attention. “It’s incredibly watchable and we tell a great story, plus we have amazing talent and the landscape to back it all up,” he said.

There is also a slew of emerging digital-savvy companies that are likely to become acquisition targets.

Essential Media, one of the companies behind feature fi lm Saving Mr Banks, starring Tom Hanks, is riding high after US network Fox remade its male-skewing comedy Rake. Jungleboys, which started as a commercial and branded entertainment agency, is another rising indie.

It produces The Moodys, a dysfunctional-family sitcom that has been bought by Sky Living.

Similarly, Hoodlum, which began as a creative studio responsible for digital projects around Lost and Spooks, has had success with teen drama Slide and paranormal cop comedy The Strange Calls.

Hoodlum is now working with Amazon on eight-part supernatural crime drama Tidelands. The series will air on Network Ten, and most likely on Amazon’s VoD service Lovefilm in the UK. Hoodlum chief executive Tracey Robertson told Broadcast that being based in Brisbane has helped the firm’s global ambitions.

“We have looked out to the world instead of just staying in Australia and this has helped us with both the digital arm of the business and TV. London and LA are just as important to us as Sydney and Melbourne,” she added.

British broadcasters have begun to pay more attention to Australian content than they did in the heyday of Neighbours and Home And Away.

Controversial immigration format Go Back To Where You Came From is also expected to find a UK home.

UK distributors are clambering to get their hands on Australian content, particularly drama.