Babies: Their Wonderful World; The Truth About the Menopause 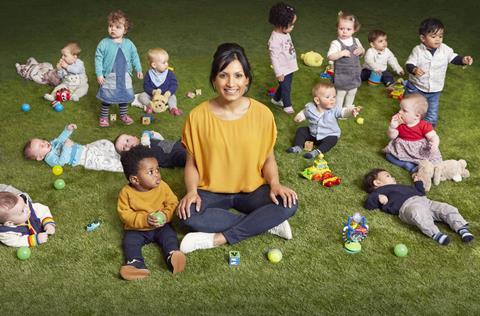 “It was important to learn that increased exposure to ethnic diversity can erode inbuilt bias. We also saw first-hand how old myths about gender roles are being exploded as Dr Singh’s guinea pigs handed toy hoovers to dolly daddies. But I do wish baby programmes weren’t all soundtracked with xylophones. All that pinky-plonking interferes with my thinky-thonking.”
Helen Brown, The Telegraph

“A series of telegenic experiments so loosely conducted on such small sample numbers that any results were useless. There should be a moratorium on programmes that are essentially a series of delightful Gifs of children strung together masquerading as even the most remotely serious of documentaries.”
Lucy Mangan, The Guardian

The Truth About the Menopause, BBC1

“Mariella Frostrup has done a good and necessary thing in talking publicly about her menopause, to tackle the stigma about a life change that affects 100 per cent of women who live long enough. It was instructive to see the risks that have scared so many women away from HRT tackled head-on. This was useful, educational television.”
Carol Midgley, The Times

“Frostrup’s intelligent, informative documentary went a long way towards eroding the ‘shame and secrecy’ that still surrounds a condition currently affecting 13 million women in the UK.”
Helen Brown, The Telegraph

“Thank heavens for the practical and pragmatic Mariella Frostrup. This was an interesting and comprehensive take, and one that will have gone some way to making menopausal women feel that they are not alone.”
Sarah Hughes, The i