“Voyeuristic TV, but I’m interested to see if it works” 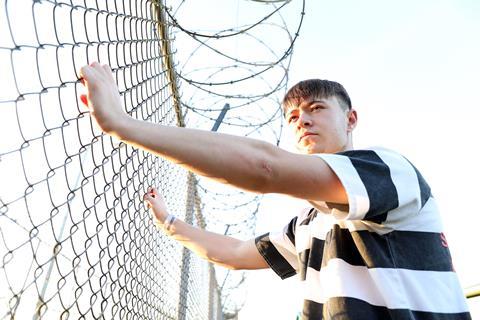 “Some of these children’s stories were sad: Layla’s mother was an alcoholic in and out of prison who had abandoned her six children; little wonder her daughter was lost. But there was unintentional humour too, such as when the sheriff couldn’t understand Layla’s Scouse accent. Voyeuristic TV, but I’m interested to see if it works.”
Carol Midgley, The Times

“The juvenile drug-dealers and thieves who had volunteered to spend a week in this U.S. jail smirked and talked back to the guards, confident that the short, sharp shocks could not involve real beatings or worse. The entire exercise was ultimately pointless… though it did serve as a reminder that, whatever happens, you don’t want to end up behind bars in the States.”
Christopher Stevens, Daily Mail

“The Curry House Kid turned out to be an unexpected treat. When I read the blurb and specifically the words ‘a poetic dance piece telling the story of the immigrant experience in Britain’ I feared we were in for some pretentious luvvie bollocks. On the contrary, much of its appeal was its unaffected honesty, particularly that of its presenter, the dancer and choreographer Akram Khan.”
Carol Midgley, The Times

“Threaded through this stirring narrative is the exquisite piece Khan creates in response, performed at the end in a disused Brick Lane warehouse. The choreography is extraordinary: expressive, dynamic and deeply moving. This is a deeply touching and, for me, bruising documentary.”
Chitra Ramaswamy, The Guardian

“Charlie Dimmock is a natural broadcaster, and a talented garden designer, so her reappearance is welcome. Between them, the three presenters came up with a barrowload of interesting suggestions for transforming your patio and lawn.”
Christopher Stevens, Daily Mail