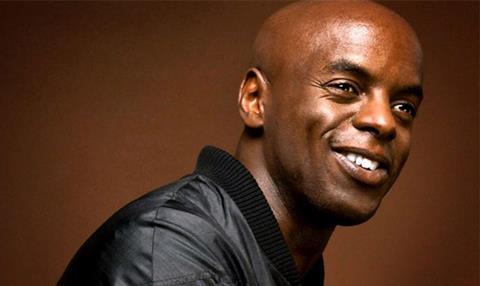 Just one-tenth of the BBC’s top on-screen talent is from a black, ethnic, minority background (BAME), the corporation’s Annual Report has revealed.

BAME stars make up 11% of the corporation’s top earners, with the likes of BBC Radio DJ Trevor Nelson and newsreader George Alagiah among the highest paid, with salaries of between £250,000 and £300,000.

Across the BBC, some 14% of its workforce is from a BAME background, in line with the national average.

BAME stars’ salaries pale in comparison with some of the corporation’s biggest earners, which include Radio 2 presenter and former Top Gear host Chris Evans, who topped the payroll with a salary of around £2.2m.

Strictly Come Dancing host Claudia Winkleman, who also hosted a Michael Buble special at Christmas and Film 2016, was the highest female earner at between £450,000 and £500,000.

The BBC confirmed the gender pay gap, revealed by Broadcast yesterday, with 34 female stars paid over £150,000, compared to 62 male earners.

The BBC published figures for talent earning over £150,000 for the first time as part of its Annual Report.

The figures include stars paid directly by the BBC or BBC Studios but talent contracted by indies has not been disclosed.

Graham Norton earned between £850,000 and £900,000 for his BBC work such as Eurovision and his Radio 2 show, but the report does not disclose how much he earns for BBC1’s The Graham Norton Show as he is paid through producer So Television.

The figures also don’t include fees paid for by international contributions from BBC Worldwide for stars on shows such as Top Gear.

The pay gap was also evident across BBC staff, where 69 of its top 100 earners are male.

Comedy controller Shane Allen and BBC3 controller Damian Kavanagh were among the best-paid execs, with salaries of £200,000 and £250,000.

Their pay was matched by BBC Sport director Barbara Slater, while BBC content boss Charlotte Moore took home between £300,000 and £350,000.

BBC Studios director of factual production Lisa Opie and chief operating officer Anna Mallett were among the highest paid at the production division with salaries of between £200,000 and £250,000. A further 14, including comedy chief Chris Sussman and Auntie Productions’ creative directors Sam Anstiss and Sam Bickley were paid between £150,000 and £200,000.

“The BBC produces some of the nation’s most loved television and radio and the most trusted news, while operating in a competitive market with the likes of Sky, ITV, Netflix and Amazon,” he said.

“It is widely acknowledged that on the whole the BBC pays less than its competitors while delivering high quality and award winning content.”

Top talent: some of the BBC’s best-paid stars