The government has backed a proposal for the BBC to adopt a Technology Advisory Board (TAB) and called on the broadcaster to undertake a detailed review and cost-benefit analysis of all its R&D activity. 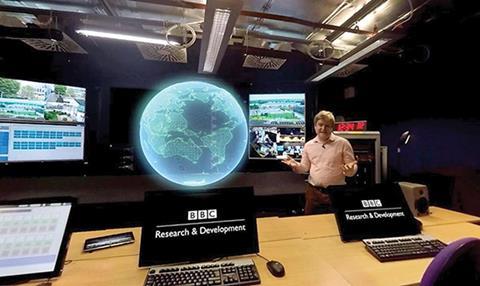 The proposals, which also include the removal of a commitment to develop new technology in the public interest, were set out in the white paper on charter renewal, which was published last week.

The TAB, if implemented, would act as a ‘critical friend’, asking questions of the BBC to ensure consistent standards are applied and ensuring that technology-related work offers value for licence fee payers. The TAB was recommended by the Digital TV Group (DTG) as part of its response to the initial consultation on the BBC. DTG chief executive Richard Lindsay-Davies said he believed the presence of a board would ensure that BBC R&D work is no longer done in isolation and that the increased “engagement” would help to “pull the industry together” for the collective good. He also argued that it would protect the BBC from mistakes like the failed Digital Media Initiative (DMI), which was dropped in 2013.

The board should be fluid and, depending on the scale of the project, include everyone from high-ranking policy advisers to “worker bees”, Lindsay-Davies said.

The government supports the idea of the TAB but believes it is for the BBC to decide how to take it forward and “how to ensure a board membership that reflects the wide range of technology sectors the BBC impacts”.

The proposal comes after a National Audit Office (NAO) report published last week revealed that five out of eight critical BBC projects are behind schedule.

BBC chief technology officer Matthew Postgate told Broadcast the BBC would “consider the appropriateness of an advisory board in the coming months” and defended the corporation’s track record in delivering major technology projects, which he described as “excellent”.

He said: “The BBC has always been an organisation that delivers its mission through combining its editorial and engineering expertise on behalf of audiences.

“Licence fee payers expect the BBC to innovate too – providing distinctive, risk-taking and creative programmes and services… As with all activity, it is important to strike the right balance between experimentation and the delivery of value through services and activity. The review will provide a useful opportunity to lay out the value provided to licence fee payers, from our research and development activities from across the BBC.”

Fears of R&D downgrade
The government’s white paper on BBC charter renewal has been praised for supporting continued R&D work at the corporation, but there are doubts about the validity of some of its key technology proposals, which some industry experts say could “downgrade” the role of the department.

As well as encouraging the BBC to improve how it manages its technology projects, the white paper proposed the removal of the public purpose that commits the BBC to develop new technologies in the public interest.

It also revealed that several external parties have questioned the “not insubstantial” £75m that the government says the BBC spends annually on R&D. Although this figure has been questioned by the BBC, which says it relates to nearer-term development of existing services rather than the long-term work of its R&D department, the government wants the broadcaster to review the cost and benefits of its R&D activity.

UK Screen Association chief executive Neil Hatton argued that this was common sense: “Of course they should do a cost-benefit analysis. It’s the public’s money and they ought to make sure they are creating new technological IP and not reinventing what the market can do or has already done.”

Not everyone agreed, however. Some parties said that ensuring R&D work has a cost benefit could be a barrier to experimentation.

Michael Klontzas, a senior lecturer in media at the University of Huddersfield, who has authored research papers on public service broadcasting and media policy, argued that this requirement for cost-benefit analysis reflects a pre occupation with the BBC potentially crowding out commercial players.

“It is inherently short-termist,” he said. “Incremental, low-risk innovation, where intended outcomes are visible and measurable, is precisely the form of innovation that the market can deliver.

“The BBC can make a much-needed contribution as a form of public intervention supporting longer-term, more ambitious, radical technological innovations – the kind of innovation the private sector cannot or will not pursue because it does not fit in with the logic of the cost-benefit analysis, with implications for growth and global competitiveness.”

At the same time, the white paper proposes to scrap the charter’s sixth public purpose, which commits the BBC to develop new technologies in the public interest, as it includes the now completed digital switchover.

“Removing the sixth public purpose in its entirety, coupled with the proposed review and cost-benefit analysis of the BBC’s past and future R&D activity, indicates a downgrading of this role,” Klontzas said.

Postgate said the BBC would “work with the government in developing the right approach to reflect the BBC’s role in technology development and innovation”.