The BBC is planning to use stereoscopic 3D to try to attract younger viewers to the new series of Doctor Who. 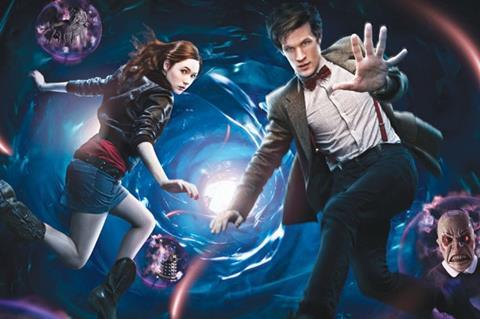 A 40-second 3D trailer has been commissioned to showcase the arrival of a new actor, Matt Smith, playing The Doctor.

Red Bee Media made the commercial, with effects and grading work completed by The Mill.

The promo was shot in 2D and is being converted to 3D by the Soho facility.

It will mirror the broadcast versions of a new campaign - also produced by Red Bee with help from The Mill - that
starts airing this weekend.

A BBC spokesperson said: “Doctor Who is the appropriate vehicle for 3D. It just fits. It’s a great way to introduce and showcase the new Doctor to younger viewers.”

The trail will be shown in cinemas and at external promotional screening events across the country in March under the banner of “Meet a Monster”.

The BBC spokesperson said that the corporation currently had no plans for further 3D promos, although some content will be created in 3D for and during the London Olympics in 2012.

The new series of Doctor Who is lined up to air in the spring, with Steven Moffat taking over as showrunner from Russell T Davies.