Nomination of story for ‘scoop of the year’ added £20,000 in aggravated damages 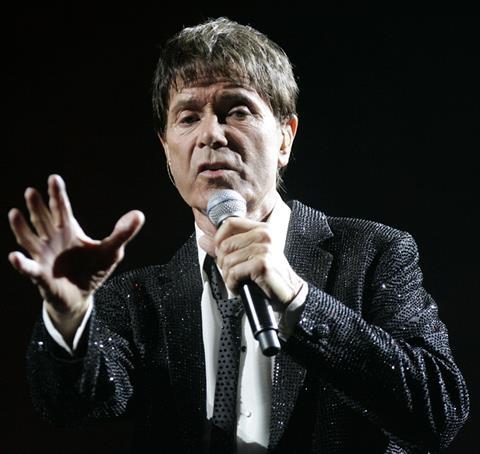 The BBC is to pay Cliff Richard £136,000 in damages after the singer successfully sued the corporation for the coverage of a police raid of his home in 2014.

South Yorkshire Police (SYP), the force involved with the case, picks up the rest of the bill.

Delivering judgement in the hearing today, Justice Mann said that the BBC had infringed the 77-year-old Summer Holiday singer’s privacy rights “without a legal justification” and had done so in a “serious and somewhat sensationalist way”.

“I have rejected the BBC’s case that it was justified in reporting as it did under its rights to freedom of expression and freedom of the press,” added Mann.

Separate to the BBC’s case, SYP has already paid £400,000 in damages to Richard for his treatment during the investigation. While it was not the subject of the trial, the decision looked at how much the force was at fault for the BBC’s coverage.

SYP claimed that it had given information to the BBC’s reporter Dan Johnson about the case because it feared that the BBC would publish news of the investigation before the police conducted their search. The BBC claimed the information was simply volunteered.

The judge sided with SYP, the same police force involved with the recent Hillsborough trial, and highlighted the BBC as a “significantly greater contributor to the damage that was caused”.

Delivering a statement to reporters after the hearing, Richard’s lawyer Gideon Benhaim said that the case had posed “serious questions about the BBC’s protocol around exclusive stories”.

He called on the UK’s Home Affairs Select Committee to look further into the case.

“We welcome today’s judgement and would like to wholeheartedly thank everyone who has supported Cliff throughout,” added Benhaim.

Richard declined to give a statement but said that it was going to “take a little while to get over” the case.

An appeals and special damages hearing has been postponed until 26 July, with a BBC spokesman saying that it is “looking at an appeal”.

The singer initially launched legal action against the corporation in July 2016, immediately after a two-year investigation into historic sex abuse allegations against him was dropped.

He claimed that the BBC had infringed his privacy by filming a raid on his home via helicopter. The BBC apologised but stood by its decision to broadcast, arguing that it was in the public interest due to the celebrity’s high profile.

Officers had been investigating an allegation made by a man claiming he was sexually assaulted by Richard at Sheffield United’s Bramall Lane football ground in 1985 when he was a child.

“We are sorry for the distress that Sir Cliff has been through. We understand the very serious impact that this has had on him.

We have thought long and hard about how we covered this story. On reflection, there are things we would have done differently. However, the judge has ruled that the very naming of Sir Cliff was unlawful. So even had the BBC not used helicopter shots or ran the story with less prominence, the judge would still have found that the story was unlawful, despite ruling that what we broadcast about the search was accurate.

This judgment creates new case law and represents a dramatic shift against press freedom and the long-standing ability of journalists to report on police investigations, which in some cases has led to further complainants coming forward.

This impacts not just the BBC, but every media organisation.

This isn’t just about reporting on individuals. It means police investigations, and searches of people’s homes, could go unreported and unscrutinised. It will make it harder to scrutinise the conduct of the police and we fear it will undermine the wider principle of the public’s right to know. It will put decision-making in the hands of the police.

We don’t believe this is compatible with liberty and press freedoms, something that has been at the heart of this country for generations.”