BBC1 was the most tweeted-about channel in 2015 after racking up 15 million messages on the social media platform. 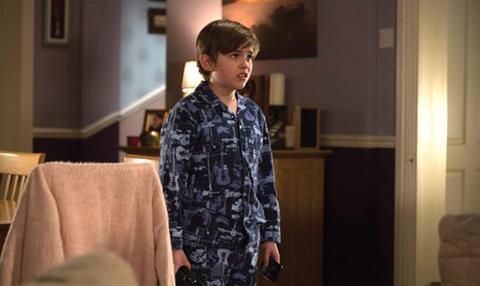 BBC3 was the most popular digital channel and generated 1.8 million tweets, according to data provided by Kantar Media.

EastEnders spearheaded BBC1’s success, sparking 2.2 million tweets in 2015, followed by the 1.6 million updates generated by the Eurovision Song Contest on 23 May.

The final of Love Productions’ baking format was the highest-rated show of the year with 15.1 million (55.8%) viewers. It was also the most talked-about episode on Twitter with 250,000 tweets, peaking at more than 9,000 per minute as Nadiya Hussain was crowned champion.

Despite being BBC1’s top tweeted show, EastEnders was outperformed by The X Factor (3.1 million) and Celebrity Big Brother. The Brit Awards performed well for ITV with 2 million tweets, followed by its Leaders’ Debate, which generated 1.6 million messages, and I’m A Celebrity… Get Me Out Of Here! (1.8 million).

Channel 5’s Celebrity Big Brother inspired 2.3 million tweets across its 55 outings – an average of 40,000 per episode. The Endemol format hit a high of 420,000 tweets during the 7 January live launch as celebrities including Perez Hilton, Alexander O’Neal and winner Katie Hopkins entered the house.