BBC3 is to flag up its move online to viewers for the first time via a marketing campaign featuring the likes of People Just Do Nothing’s Chabuddy G and Steves. 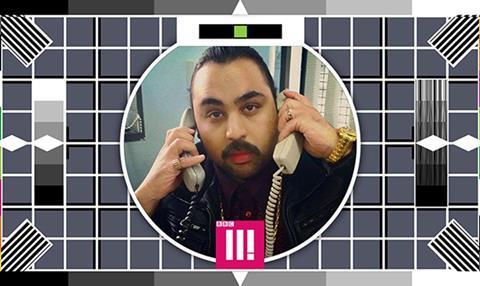 The campaign centres around a sixty-second promotional video, created by agency Sunshine, aired this evening (22 January) with Chabuddy G telling viewers that “BBC3 isn’t closing, it’s moving to the interwebs”.

The first stage of a three-part campaign, the promo video will be backed by a series of shorts across BBC3’s social and digital channels, while the channel’s new logo will start to flash up more prominently on TV.

Sunshine executive creative director Hollie Newton said: “There’s no point hitting people with a mountain of straight information. If you want an audience to take in multiple messages, you have to entertain them. Make them laugh.”

BBC3 is due to transition to a online-only proposition from 16 February, with a ‘barker’ channel remaining in place on the EPG until March.