The BBC Trust has formally approved proposals to close BBC3 as a linear channel in January and to gradually transition it online by March 2016. 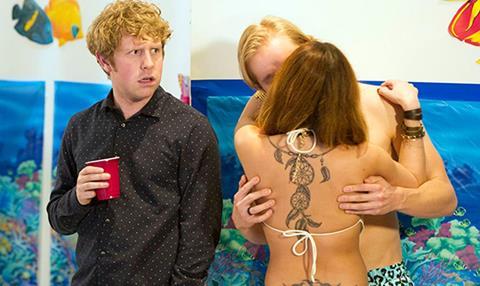 As a condition of the move, the service licence agreements of both BBC1 and BBC2 have been amended to require an extra commitment to programming for 16-34 year olds.

The two channels will also be required to air all BBC3’s long-form content “at a variety of times” in their schedules as soon as the linear channel closes at the end of February.

The decision marks the culmination of an 11-month public value assessment (PVA) by the Trust, under which the governing body has also confirmed that the proposals to launch BBC1+1 have been rejected.

However, as mooted under a provisional decision on the BBC3 plans in June, the Trust has approved plans to extend CBBC’s broadcast hours from 7pm to 9pm and develop iPlayer to include online-first and third party content.

A 67-page document outlining the grounds for the BBC3 decision acknowledged the “strength of public opposition” to closing the channel but said trends towards online consumption gave the move “intuitive force”.

The Trust said obligations on BBC1 and BBC2 to carry BBC3’s long-form content will mitigate the forecast that 80% of the audience that only access the BBC through BBC3 could be lost due to socioeconomic and geographic variations in broadband access.

Although the online move will save £30m a year for reinvestment in BBC1 drama, the PVA concluded that it “offered low value for money” and low to medium public value.

The Trust said these negatives were outweighed by the BBC’s “proven track record in developing digital offers and high-quality production values that it brings to an online environment”.

A BBC3 review has been tabled for 18 months’ time and will include an assessment of the channel’s performance against its new service licence agreements.

The Trust has not set any quotas or formal targets for BBC3, but the governing body has reserved the right to introduce these after the 18-month review - if the service licence conditions are not met.

BBC3 will move online between January and February as part of a “a brief phased migration”, during which the vacated linear channel will act as a “promotional” service for online.

BBC management had hoped to launch BBC1+1 in BBC3’s place, but after the plans were rejected, it will be required to submit proposals for the vacated broadcast spectrum within three months. These will then undergo an independent assessment.

Suzanna Taverne, BBC trustee and chair of the committee assessing the proposals, said it was a “difficult decision” that was not taken lightly.

“The BBC must adapt with its audiences - the evidence is very clear that younger audiences are watching more online and less linear TV,” she added.

“The plans enable the BBC to deliver more distinctive content online, while bearing down on costs; to address concerns about the impact of moving BBC Three online, we have set new requirements for programmes for younger audiences on BBC1 and BBC2.”

BBC3 controller Damian Kavanagh said: “Today is just the beginning for BBC Three and our plans to transform our offer for young people. We have lots of new content coming in 2016 and exciting new ways of delivering it in development. We will now set about launching a digital first BBC Three in early 2016.”