Before We Die; Friends: The Reunion; Broadmoor: Serial Killers and High Security 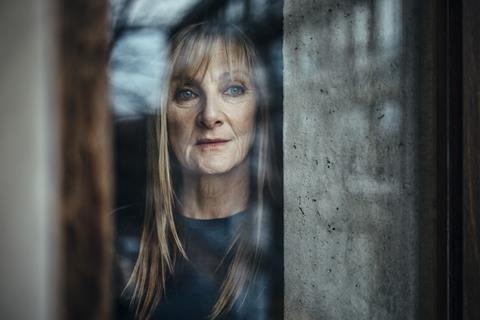 Before We Die, Channel 4

“Despite all the brilliant work we have all seen Sharp, Regan and Ward do over the years, and perhaps because of the script, the acting is poor from the protagonists. It is also downright woeful from peripheral characters. Their dire performances make Before We Die such a weak, bleak, affectless hour that it almost becomes compelling again, albeit for all the wrong reasons. At the very least, it makes you appreciate the level of quality that we have come to take for granted in television dramas.”
Lucy Mangan, The Guardian

”It’s the kind of bewilderingly complicated detective drama we’ve become used to, the sort where you can’t quite recall who’s doing what to whom, or why, but we still feel for the various complicated characters living their complicated lives.”
Sean O’ Grady, The Independent

“It’s clunkily predictable. One of the things that audiences liked about, say, Line of Duty was that it expected a lot of us. It required viewers to piece the clues together and sift out the red herrings. Before We Die assumes that everyone watching is thick as mince.”
Anita Singh, The Telegraph

“The programme’s downfall was its occasional paint-by-numbers narrative beats, and there were a few too many coincidences. Still, it was terribly good fun – let’s say exemplary of a newly coined genre, Bristol Noir.”
Emily Watkins, The i

“Tonight’s special certainly involves endless cuddles, hugs and hand-holding. They’re a tactile bunch. So it’s a mystery why they’re adamant it’ll never happen again. True, this event feels heavily scripted but there is nothing very complicated about it.
Christopher Stevens, The Daily Mail

“But the gathering ultimately proves more wistful than ghoulish. All six actors – Jennifer Aniston, Courteney Cox, Lisa Kudrow, Matt LeBlanc, Matthew Perry and David Schwimmer – are struck with sincere emotion, and express a deep love and respect for one another that is genuinely sweet to watch.”
Adam White, The Independent