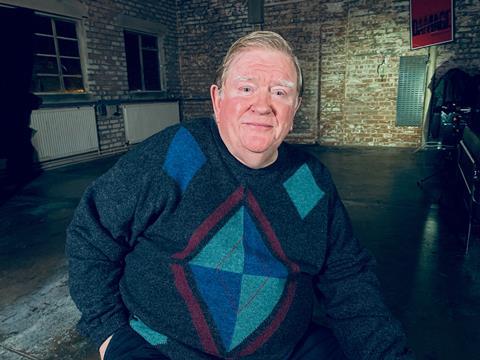 “One criticism often levelled against Line of Duty is that there can’t possibly be that many corrupt police officers working in plain sight. Bent Coppers: Crossing the Line of Duty showed, with Sweeney-flavoured flair, that, actually, yes, there can. The most shocking part of this excellent documentary is that the man installed by the Met to assist the government inquiry into this scandal was dodgy himself and hid evidence to stop the whole force being brought down.”
Carol Midgley, The Times

“A pacy and gripping first episode owed less to Ted Hastings and AC-12 than to shaggy-mopped Seventies favourites such as The Sweeney. Amid so much racism and corruption, this could have been a bleak snapshot of a bygone age. But director Todd Austin took the risk of injecting a note of fun. If it wasn’t for the questionable policing and rampant xenophobia, Bent Coppers almost made you yearn for a simpler, more swaggering era.”
Ed Power, The Telegraph

“Bent Coppers: Crossing The Line Of Duty told the story with relish and the aid of a reel-to-reel recording that, more than 50 years on, is still staggering in the cynicism it reveals. Former CID officers and veteran journalists chuckled over the story, but the real colour was supplied by footage from police promotional films of the era. There was a nostalgic glamour to the shots of recruits on the parade ground, rows of uniformed constables at the canteen and typewriters clattering in busy station offices.”
Christopher Stevens, Daily Mail

“Just like the antics of Ted Hastings and co, the first episode was both gripping and intensely confusing. Nevertheless, the documentary spotlighted important issues, such as how racism manifested in the Met at the time. Archive footage and the recordings also made for compelling, immediate viewing.”
Gwendolyn Smith, The i

“Nostalgic haze defines the dominant mood on The Great British Sewing Bee, filmed in a flurry of lace sleeves and flounced hems. From the moment comedian Joe Lycett arrived and tossed his pink fur coat to judge Esme Young, it was clear we’d returned to a more wide-eyed era. Almost the only concession to 2021’s nasty realities was a bottle of hand sanitiser. The Sewing Bee is lightweight, it’s silly, it’s engrossing and it couldn’t show up at a more welcome moment.”
Christopher Stevens, Daily Mail

“The sewing contest returned, poised to raise the spirits of the nation with mischievous double entendres and preposterous outfits. As usual, the contestants were the best thing about the programme. The Motown soundtrack makes it all feel a bit twee – though, of course, it is illegal for any kind of sewing venture to be presented without a naff Make Do and Mend vibe. Personally, I can overlook this thanks to the pleasing mix of mild jeopardy, gleeful silliness and fashion triumphs and disasters.”
Gwendolyn Smith, The i

“Finally airing in a midweek slot, in the event the decider lacked for dramatic tension with the eventual winner the clear front-runner throughout. The sense of anti-climax appeared to have rubbed off on judges Gregg Wallace and John Torode. Usually brimming with enthusiasm, they seemed more reserved than usual. In an unprecedented year for the restaurant industry, the final was solid, but tasted a little bit too much of business as usual.”
Ed Power, The Telegraph

“Too Close seems to have divided opinion, some thinking it was magnificent, muscular, intelligent writing and others thinking it was OTT in its grimness. I loved it and commend ITV for taking a risk with a non-aesthetic, non-crowd-pleasing drama that showed how anyone could unravel into a psychotic episode given the wrong medication and the right triggers.”
Carol Midgley, The Times

“While it’s an oft-observed phenomenon that even the coolest cats can inflict toe-curling cringe on their own offspring, the ultimate embarrassment here is the show’s slapdash approach to situation comedy. The show reaches for the same old after-school special plotlines that family sitcoms have been wheeling out since time immemorial. The rest is a mix of racial comedy – the kind that’s a staple of American humour, but often sounds lazily regressive to British ears – and oddly glib nods to hot-button issues.”
Rebecca Nicholson, The Guardian