Best App or Website for a Programme: The Singer Takes It All App

Channel 4 chief creative officer Jay Hunt described the Endemol format as boasting “brilliant digital innovation”, and although The Singer Takes It All will not be returning for a second run, the broadcaster has pledged to learn from the second-screen app. 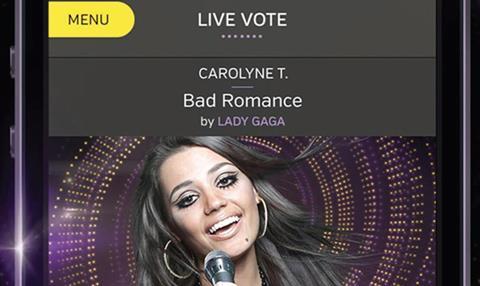 Developed by interactive entertainment specialist Chunk in partnership with technology provider Tectonic Interactive, the app played a fundamental role in the format.

Viewers applied to take part in the show by recording an audition tape via their mobile and uploading it to the app before the community voted on which hopefuls should progress to the TV programme.

For the Alan Carr-fronted live show, there were no judges. Viewers voted in real-time for each contestant, who moved forwards or backwards on a conveyer belt, depending on their popularity.

The interactive format was embraced by viewers, with almost 10,000 video entries generating 21 million votes. The live shows drew a further 7 million votes, peaking with 22,000 votes per second during the opening episode.

The judges were impressed by the immersive experience and the integral role the technology played in the show. “A truly cross-platform, engaging and fun app that allowed the audience to play a part in the programme,” said one. Another added: “This was the best example yet of using the power of online to drive a TV viewing experience.”

My Mind Checker for Embarrassing Bodies: Live From The Clinic
Maverick Television and Rocket for C4
Developed to shine a light on mental health, this web app encouraged users to take eight medical tests. Almost one third of the show’s viewers took part, which provided researchers with valuable data and a personal risk level for each user. Across the series, more than 2.2 million tests were taken by 1.5 million visitors.

Strictly Come Dancing
BBC Production for BBC One
The centrepiece of the format’s online hub was a backstage ‘Vine booth’, used to capture sixsecond 360-degree videos of the talent, which were then distributed online. It was supported by Facebook’s Eight Ball app, which allowed users to submit questions to the celebrities.

The Voice UK App
TellyBug and Wall to Wall for BBC One
Forging into new territory, the app was expanded via a HomeCoach game that allowed users to create their own dream team of contestants. Available when the show was off-air to drive long-term engagement, more than 10 million virtual cards were traded over the course of the series.

War of Words VR
BDH and Burrell Durrant Hifle for BBC Arts
The animated virtual reality app, part of the BBC’s activity to mark the WWI centenary, was downloaded 25,000 times within three months. Designed for use via Google Cardboard, it featured an anthology of war poems supported by animation, puppetry and 3D modelling.

Channel 4 Horse Tracker
Monterosa for Channel 4
The Grand National second-screen app returned for a second year with improvements that “genuinely transformed” C4’s coverage. The app was used by more than 165,000 people at Aintree across the meet and 100,000 during the race itself.