“Has required plenty of tweaking, but the format gurus at New Broadcasting House have got it right this time” 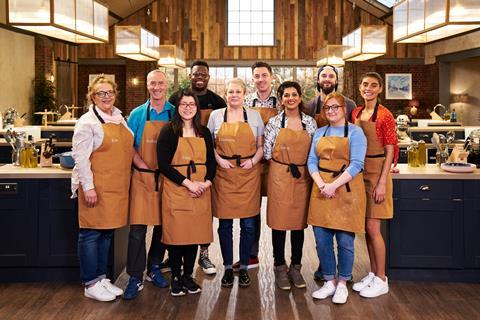 “The BBC has been trying to devise a cookery show to replace The Great British Bake Off for three years. Best Home Cook has required plenty of tweaking, but the format gurus at New Broadcasting House have got it right this time.”
Christopher Stevens, Daily Mail

“The format was the same old, same old: food challenges set, very slight snags fanned into dramas to provide faux jeopardy and people getting emotional for no obvious reason. So, no, the BBC hasn’t found its new Bake Off.”
Carol Midgley, The Times

James May: Our Man in Japan, Amazon Prime Video

“The travelogue itself is charming. [But] I look forward to the day when May can relax and just be his own, non-Clarksonesque, non-Top Gear-affiliated man. When strenuously jocular interactions with the crew can be done away with.”
Lucy Mangan, The Guardian

“The Deuce has never really been a smash in the way it deserves to be. Its audience is loyal, but small, and I wonder if there is a perception that it is too much like hard work. But the series’ scorn for churned-out, cheap entertainment for the masses is palpable. This is rich television that demands you put down your phone and give it your full attention.”
Rebecca Nicholson, The Guardian

“This insightful film delved into his early years in a tight-knit family with a mother he adored but who would administer brutal beatings for the most minor infraction. But this was not just a personal history; it was also a social history of race relations in post-war Britain. Against that background, Henry’s rise to something approaching national treasure status is a remarkable one.”
Anita Singh, The Telegraph

“Just when you thought you had the measure of Dracula, they turned it into an Agatha Christie story. The Count (a highly enjoyable performance from Claes Bang) was a touch more serious than in the preceding instalment, although the writers couldn’t resist giving him the line: ‘You can’t eat ’em all.’”
Anita Singh, The Telegraph

“It takes writers of the calibre of Mark Gatiss and Steven Moffat to pull off something this audacious (as they did with Sherlock). This episode was even better than the first, with an Agatha Christie-ish And Then There Were None vibe as one by one passengers became Dracula’s smoothies.”
Carol Midgley, The Times