Epic storytelling” and “heart-stopping television” sound more like descriptions of the winner of the Best Drama Series award, but they are some of the judges’ comments on 2015’s standout piece of current affairs. 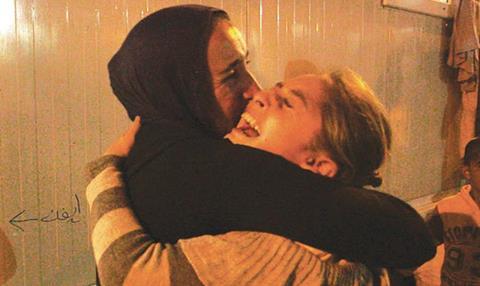 Epic storytelling” and “heart-stopping television” sound more like descriptions of the winner of the Best Drama Series award, but they are some of the judges’ comments on 2015’s standout piece of current affairs.

The production team exposed the brutal treatment of the estimated 4 million women living under the rule of Islamic State, and told the story of an underground network trying to save those it can.

Director Edward Watts uncovered “an important story in a courageous and gripping way”, according to one judge. That inevitably meant filming under difficult and dangerous circumstances to reveal the medieval barbarity that many women are forced to endure.

By gaining the trust of an activist cell in Syria and Iraq, the film featured footage of telephone negotiations with Isis fighters and the moment when a group of women and children were literally carried to safety across the frontlines. It also secured an exclusive interview with a member of Isis’ ‘female morality police’, the Al-Khansaa Brigade, who had never previously spoken on TV.

The film made people sit up and take notice. The week after TX, David Cameron cited it in a major policy speech on Isis, and following its broadcast on PBS

Frontline, Watts was invited to testify at a special hearing at the US House of Representatives.

Arguably the least well-known of the stories to make it onto the shortlist, this film was an example of Al Jazeera at its best: foreign investigations with a strong sense of originality and identity. Its team obtained candid admissions from Kenya’s counterterrorism officers that they had carried out assassinations on the orders of the country’s National Security Council.

BBC News At Ten rose to the challenge of telling this huge story, combining its ‘mission to explain’ with a series of powerful and exclusive interviews. Orla Guerin’s opening report was centred on the courageous testimony of Angela Evans, who explained how she had played dead to avoid being shot by the gunman.

Director Alison Millar revealed the chronic state of children’s mental health services in the face of funding cuts. Personal testimony from psychiatrists and health workers highlighted the problems, alongside interviews with families forced to travel hundreds of miles to see their mentally ill children.

The film also gave a voice to the young people affected, who were often locked up in secure treatment units.

Panorama: To Walk Again
BBC TV for BBC One

Groundbreaking medical science was at the heart of this Panorama, which captured

Darek Fidyka walking for the first time since a knife attack severed his spinal cord. BBC medical correspondent Fergus Walsh was given unique access to the world-renowned neuroscientist in London and the young neurosurgeon in Poland who collaborated in the breakthrough.

Sky did a great job of covering one of the biggest stories of 2015. The first 20 minutes of its 5pm broadcast on the day after Seifeddine Yacoubi’s bloody rampage contained exclusive images of the gunman on the beach in Sousse and compelling eyewitness accounts from Britons, including the testimony of Ellie Makin, who evaded the gunman’s bullets.