Birdsong director Philip Martin reveals how the Sebastian Faulks novel made it from page to screen. 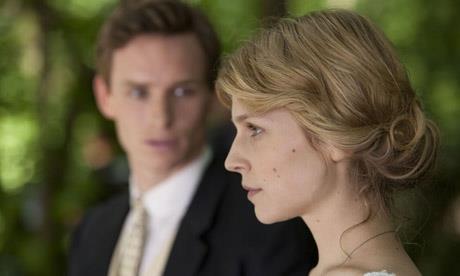 About a year ago, Juliette Howell at Working Title gave me Abi Morgan’s script of Sebastian Faulk’s best-selling novel Birdsong.

She’d condensed Sebastian’s epic novel into an extraordinary, time-shifting screen narrative, cutting between pre and post WWI France. It was an astonishing piece of writing.

Once I’d read it, everything started to move fast - and didn’t really stop until last week when the second of the 2 x 90 minute films was delivered to the BBC.

The production was based in Hungary, but casting took place in the UK – so producer Lynn Horsford and I began a shuttle, casting Monday and Friday in London and spending the middle of the week in Budapest, looking for locations and hiring crew.

At the heart of Birdsong is a young Englishman, Stephen Wraysford. His journey is the story of the film: an actor who could take an audience from the idealism and intimacy of his love affair through the cold, remote brutality of his wartime experiences, was a difficult task.

We were lucky to find him in the utterly brilliant Eddie Redmayne - who we felt instantly and instinctively was right. Finding Isabelle Azaire, the wife of the French industrialist with who Stephen begins his affair, was the next puzzle.

We were thrilled to meet Clemence Poesy - who had the mystery and intelligence that Isabelle needed. The fizzing chemistry between these two characters is the engine that drives much of the story.

The third part of the triangle was Jack Firebrace - the miner who helps Stephen make sense of his relationship with Isabelle, and move forward with his life. Again, we got very lucky: Joseph Mawle brought all the warmth and deep humanity that Jack needed.

Every UK production seems to shoot WWI in a small, pre-built trench set in Norfolk, but production designer Grant Montgomery and I wanted to make our own 360 world.

We found a field just outside Budapest with clear views to the horizon, persuaded the farmer not to grow sunflowers this year, and started digging.

For the French cast, I was keen to work with French actors, so that the dynamic between them and the visiting Englishman was a real one.

The wonderful DoP was Julian Court - who I’d worked with many times before, including a stint together in Hungary, which proved invaluable.

We wanted the film to have a dreamlike, hyper-real beauty - which was helped by the decision to use the Alexa camera.

I worked on HD before, in particular on the Red Camera, but we found the Alexa seemed to deliver an HD image that not only rivalled film but had its own distinct magic.

Then followed a blur of all the normal challenges and delights of film-making.

We couldn’t get hold of enough soldiers uniforms, so our costume designer Charlotte Walter sourced a factory in Poland still weaving the same WWI fabric. Under the supervision of the Imperial War Museum, we had a new uniforms made.

The communist legacy in Hungary had stripped the country of the kind of period locations and props that one would expect to find easily in the UK - so there were low budget buying trips to Vienna and Paris to find pre-war French furniture and costumes.

We taught Hungarian supporting artists how to march like English soldiers - and to resist their urge to goose-step.

Filming itself was fast and furious. Squeezing two feature length films - and the battle of the Somme - into 44 days was a conundrum solved by First AD Dan Winch, who spent the whole shoot meticulously scheduling and rescheduling.

Editing was completed in London. My collaborator in the cutting room was the brilliant Kristina Hetherington, and we spent the next three months balancing the competing narratives of love and war.

CGI was masterfully done by Lipsyns Glenn Pratt, who had joined us on the shoot. A beautiful and haunting score composed music by Nick Hooper, and the films were exquisitely mixed by Paul Cotterell.