“Intelligent, psychological storytelling so gripping you’ll have to remind yourself to breathe” 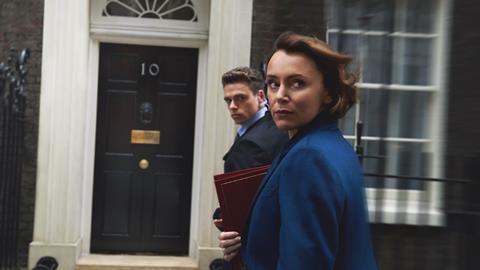 “This episode was a belter: shocking, unpredictable, complex, fast-moving — Jed Mercurio has found his stride. There were a few implausible bits, it’s true, but overlooking that, wasn’t it gripping?”
Carol Midgley, The Times

“This was edge-of-the-seat, shush-the-family fare. Mercurio’s skilful script trod the fine line between topical and just vague enough. It touched on timely issues such as military intervention overseas, state surveillance and social media. It was also commendable for putting female characters in positions of power.”
Michael Hogan, The Telegraph

“If you missed the first episode last night, I urge you to quickly catch up on iPlayer, for Bodyguard is intelligent, psychological storytelling so gripping you’ll have to remind yourself to breathe.”
Christopher Stevens, Daily Mail

“We were 15 minutes into episode two of Bodyguard, an hour and a quarter into the series itself, before anyone so much as fired a shot. That alone suggests supreme self-assurance on the part of writer Jed Mercurio: taking his time, allowing the tension to build, letting his key characters take shape, before finally unleashing the truly explosive stuff. There was violence and gore in abundance, but such was our emotional investment by this point that it wasn’t remotely gratuitous.”
Mike Ward, Daily Express

“This was a cracking programme, mainly because Adrian Chiles, our Guinness-thirsty, temptation-weak, likeable everyman, didn’t duck the truth that habitual drinking creeps up and can kill, but did confront it with humour and humanity.”
Carol Midgley, The Times

“All in all, a good, honest and often very entertaining film from a presenter whose ability to combine ordinary-bloke-next-doorness with clear-eyed self-criticism was very endearing – and perfect for the subject in hand.”
Gerard O’Donovan, The Telegraph

“Television’s aversion to crashing short attention spans nowadays means it is rare to find an old-fashioned star interview with an actor, such as Riz Ahmed: Road to Englistan, taking up a whole half-hour of mainstream screen time. Thankfully, the BBC’s British Asian Summer season was an ideal opportunity to meet this talented man whose story arc has been stellar of late.”
Gerard O’Donovan, The Telegraph