Brassic; The Octopus in My House

“Hilarious, warm, brutal melange that works because it has heart without sentimentality and authenticity without strain” 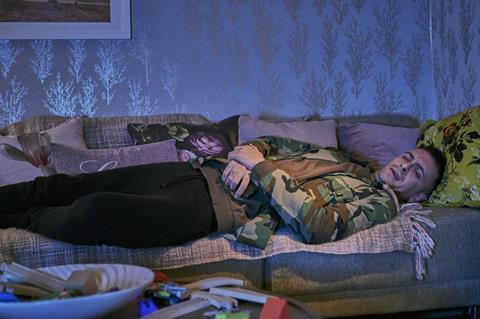 “Occasional heavy-handed moments give way to organic narrative that never flags or hits a false emotional note. It is a hilarious, warm, brutal melange that works because it has heart without sentimentality and authenticity without strain.”
Lucy Mangan, The Guardian

“Brassic was nimbly scripted and vigorously performed. The plots for the opening double bill were entertainingly ludicrous, travelling by way of Shane Meadows and Guy Ritchie and driven along by a kinetic soundtrack ranging from Canned Heat to Cypress Hill.”
Gabriel Tate, The Telegraph

“Joe Gilgun came of age as an actor in Shane Meadows’s This is England series, and there were echoes of his mentor’s work throughout the double bill. But where Meadows mostly deals in gritty realism, Gilgun and Brocklehurst stayed in knockabout mode. Like Vinnie’s Lego-figure laser-cut hairdo, Brassic was an acquired taste.”
Joe Clay, The Times

The Octopus in My House, BBC2

“I couldn’t deny the indications of a distinct personality at work, as Heidi appeared to alternate between demanding the attention of her landlords and teasing them with something akin to a sense of humour. Perhaps with another eight brains, I could have reconciled it all, but it just about hung together to make a visually sumptuous, strangely touching and consistently intriguing film.”
Gabriel Tate, The Telegraph

“It was utterly fascinating. Like a psychedelic lightshow, Heidi was constantly changing colours, not just to merge into her background, but to express her emotions. One moment she looked like an eight-tentacled panda, the next a floating milk-white ghost, before dividing herself down the middle in a russet-and-cream colour scheme like a Seventies sofa.”
Christopher Stevens, Daily Mail

“Watching Laurel establish a bond with ‘troublemaker’ Heidi was as fascinating as Scheel’s experiment, providing a positive answer to the question posited by the programme. Their unusual house guest seemed to greet the teenager whenever she entered the room, reaching out to grab her arm the way a dog may jump up and lick your face.”
Joe Clay, The Times