“Before, I barely thought about drones; now I may not stop.” 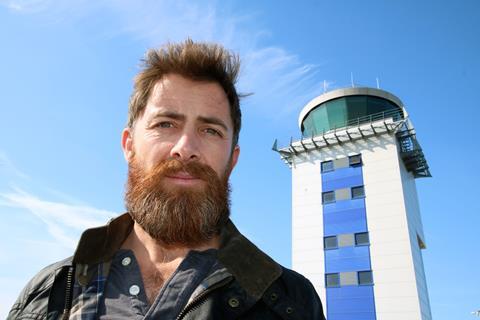 “For all the boys-with-toys overlay, the programme’s underlying message is sober and devoid of histrionics. The problem is that it all adds up to less than the sum of its parts. Yes, there is this threat and that threat, and these possibilities, and these loopholes in current defences against them. But despite Kane’s assertions that various things are ‘terrifying’, there is too much distance between the evidence and the threat to induce much emotion.”
Lucy Mangan, The Guardian

“There is a dark side to this technological revolution, fraught with risk. This sobering documentary demonstrated how both governments and aviation authorities need to be ready.”
Michael Hogan, The Telegraph

“Britain’s Next Air Disaster? Drones was remarkable not only for filling the knowledge gaps that I imagine most of us have about the drone threat, but also raising the question: why aren’t we obsessed with this stuff? Before, I barely thought about them; now I may not stop.”
Carol Midgely, The Times

“This felt like a documentary for drone-enthusiasts, rather than for those (like me) who simply want to know whether they’re going to be able to leave the country this Christmas”
Kasia Delgado, The i

“Nigel Farage has hit out at this potty-mouthed period sitcom, which saw a right-wing politico assassinated while giving a speech about an influx of foreigners into the UK. Farage made much ado about nothing. This was disappointingly slapdash, with all the satirical bite of a toothless hamster. The major crime it committed was simply not being funny enough.”
Michael Hogan, The Telegraph

“Presenters Davina McCall and Nicky Campbell oversaw the reunions with quiet class, issuing hugs when lips wobbled. It’s a measure of this show’s power that 4,000 people each year contact the production team, asking for help finding missing family members or answers to questions that have haunted entire lives.”
Michael Hogan, The Telegraph

“Of all the jobs celebrities have had a go at in the name of ‘entertainment’ this had more sense to it, letting us see the fascinating and brutal life of a trawlerman through the eyes of three outsiders.”
Kasia Delgado, The i

“Trawlermen: Celebs at Sea pretended to be showing us how rough and dangerous the lives of deep-sea fishermen are, by sending three has-beens from the bottom rungs of fame’s ladder into the North Atlantic on a rusty vessel alongside a professional crew.”
Christopher Stevens, Daily Mail