The deadline to enter the Broadcast Awards has been extended to Friday 11 September, giving hopefuls an extra seven days to submit programmes, channels and businesses. 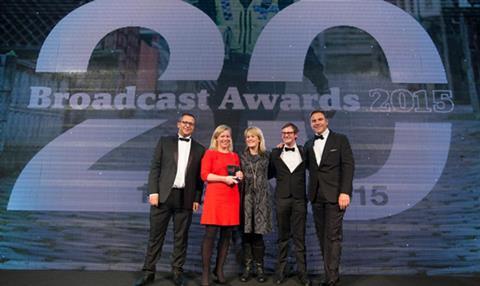 With 20 categories covering all genres, production and post, the Broadcast Awards are the ultimate industry accolade.

Last year’s winners included BBC1, which won the coveted Channel of the Year trophy, while Love Productions walked away with the gong for Best Independent Production Company.

A new and improved entry system means videos and images can now be submitted online, making the 2016 Broadcast Awards easier than ever to enter.

Successful entries will be announced at a Shortlist Party in November ahead of a glittering awards ceremony on 10 February at London’s Grosvenor Hotel.