Submit your entry for the 2015 Broadcast Indie Survey, the most comprehensive analysis of the financial health of UK independent TV production. 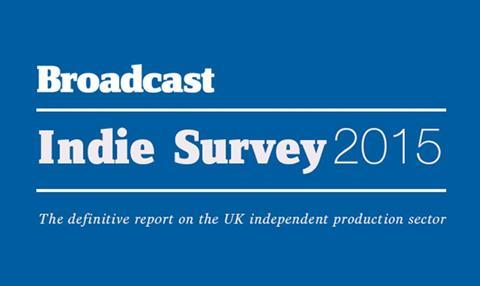 Broadcast wants to hear from every UK indie that produced at least one broadcast pilot, programme or series or one significant piece of original online content for a broadcaster or video-on-demand provider in 2014.

Attached is a form to be completed and returned by 20 February.

In a year of major upheaval for the sector, we want to hear about your global success, including format and programme sales and commissions from international network – and also the relationships you have with the UK’s broadcasters.

The annual report ranks indies by turnover and also presents a regional portrait of the indie sector and puts the latest deals under scrutiny.

Indies can enter by completing the form (see right) and emailing it to Broadcast features editor Robin Parker at robin.parker@broadcastnow.co.uk.

Entries are due by Friday 13 February and the report will be published as a supplement with Broadcast on 27 March.