Helping future leaders on their way to success

How do you make a leader? You give people the tools and the support to get them there.

That’s the philosophy of Leaders of Tomorrow, a new programme developed by the ScreenSkills High-end TV Skills Fund to provide more effective career pathways to encourage diversity in leadership roles within the sector.

The 19 successful mid-level crew have been chosen from more than 100 industry recommendations for a comprehensive programme of mentoring, masterclasses, bespoke training and paid, on-the-job training over the next three years.

More than half are Black, Asian or minority ethnic, three-quarters are female and two-fifths are based in the nations and regions. The aim is that they will have access to expertise and resources tailored to what they need to progress to head of department level or decision-making roles.

Florence Watson was nominated by The Baby co-creator Sian Robins-Grace after working on the show, first as a script editor and then story producer. “It seemed perfect for me, and at the perfect time in my career,” she says. 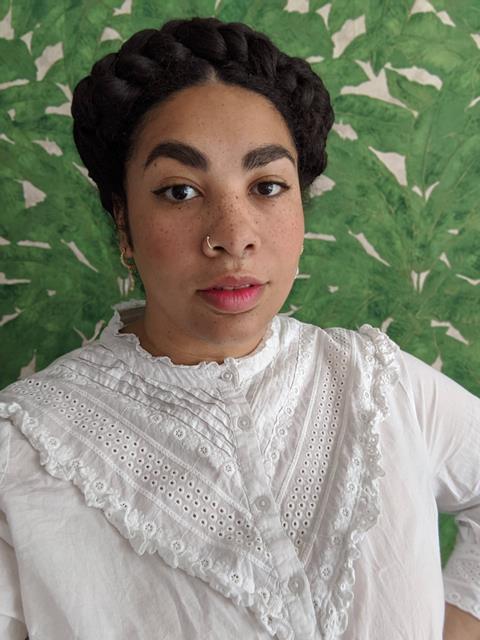 Florence was particularly keen on the mentoring. “I want to step up to producer within the next three to five years but still want to work with scripts, so I want to be paired with a mentor who is producing but makes time for the creative side too,” she says.

Diversity is also an important driver of Florence’s career plan, in the stories she wants to tell and through building teams “that aren’t all middle-class, white and well connected. It’s important we see ourselves in this industry.”

Florence is looking forward to ScreenSkills’ leadership and management training, as well as confidence training. She’s also keen to learn beyond her own area of the industry – including technical production such as camerawork, budgeting and sourcing crew.

Monika Chowdhary Kuczynski, a production-side VFX production manager, was recommended for the programme by colleagues she worked with on Nickelodeon teen drama Fate: The Winx Saga. “Just applying for it has been so important for my confidence,” she says.

It was while working as a technology coordinator for Lucasfilm that Monika was introduced to the VFX department. As a problem-solver, she immediately became interested in what they were doing. From VFX assistant coordinator on Solo: A Star Wars Story she progressed to VFX coordinator on HBO’s Avenue 5 and hopes to move into a VFX producer role next.

“It really is tailored to each individual and what they can make of it, so it will fit around my freelance commitments and shooting schedules, and I can partake in the training courses at a time that suits me”
Cory Townsend

She believes Leaders of Tomorrow will help broaden her skillset and also expects to learn from others on the programme. “I’m keen to see what their take on the industry is, to learn from them and to share knowledge,” she says.

Hair and make-up artist Annie Little, whose credits include Steve McQueen’s Small Axe, is another Leader of Tomorrow whose career has already been supported through ScreenSkills’ Trainee Finder programme and with mentoring and a bursary, demonstrating the impact sustained support can have.

The flexibility of Leaders of Tomorrow is what appealed to Cory Townsend, an assistant location manager based in Scotland. “It really is tailored to each individual and what they can make of it, so it will fit around my freelance commitments and shooting schedules, and I can partake in the training courses at a time that suits me,” he says.

Fifteen places on the programme are being supported by the High-end TV Skills Fund, with industry contributions from HETV productions. Netflix and Sky Studios will fund an additional place each and the BBC a further two.

Amanda Wilkie Sweeney, head of production, drama, at Sky Studios, says: “Working with ScreenSkills and the wider industry, we want to ensure clear pathways for new, diverse talent into the industry and, importantly, provide training, development and mentoring for off-screen talent to reach their full leadership potential.”

Go to screenskills.com to read about all the Leaders of Tomorrow. The HETV Skills Fund is hosting a panel discussion on leadership at the Edinburgh International Television Festival