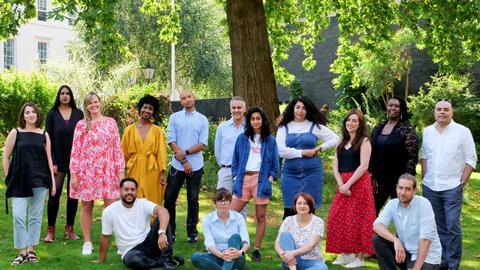 Steering future leaders on the road to success

Nurturing the leaders of tomorrow is precisely what the ScreenSkills’ programme of the same name sets out to achieve.

The new initiative, developed by ScreenSkills’ High-end TV Skills Fund, has been established to address shortages of heads of department and in other management positions.

A total of 19 midlevel crew have been selected from more than 100 industry recommendations, spanning the nations and regions, who will receive mentoring, networking opportunities, paid placements and training in leadership and management and grade-specific skills over the next three years.

Hannah Lewis is a second assistant director currently working on the final season of Killing Eve and is being mentored by Marcus Wilson of Glasgow-based indie Two Rivers Media. She hopes to step up to become a first assistant director in the next couple of years.

“Broadening my experience is important,” says Lewis. “I’ve worked in the industry for about 12 years, and I’m quite fortunate in the respect that if I need help, I know the right people to ask. I think with this initiative, it’s being able to say I need help with learning something, or I need help to be better at that. It’s a huge step up from being a 2nd AD to 1st AD.”

“The whole idea of mentorship is to see how other people work, how they approach the challenges that you face in production. I think the programme will help me grow”
Sanjay Sharma

Also selected for the programme is Sanjay Sharma, who has worked across TV, film and theatre, and aims to be line producing within the three years of the Leaders of Tomorrow initiative.

He is being mentored by producer Steve Clark-Hall, whose credits include Avenue 5 and sci-fi series The Rook. Sharma is looking forward to learning from other people’s experiences: “The whole idea of mentorship is to see how other people work, how they approach the challenges that you face in production, and adding more tools to my belt,” he says. “I think the programme will help me grow.”

Learning from the best

Jamie Lee Aird has been chosen after working in high-end TV for four years, following a background in commercials. Aird, who lives in Scotland, most recently worked on Amazon Prime mini-series The Rig.

“I just go wherever the work takes me. Ultimately, my goal is to become a line producer for high-end, large-scale drama projects,” she says. “Hopefully in the next couple of years, I can start to line produce and be one of the decision-makers.” 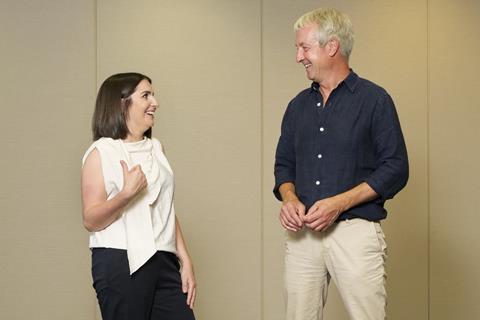 Her mentor is producer Andy Paterson, whose credits include The Railway Man and Girl With A Pearl Earring.

“The prospect of having a mentor, and especially one like Andy who has this wealth of experience, really appealed to me,” she says. “I’ve been really lucky in my career so far in that I’ve met some incredible people. But the most attractive thing about this programme was being able to build a relationship with somebody like Andy, who has had such an amazing career.”

Paterson signed on to be a mentor for more reasons than simply helping the next generation of leaders. “The craft of producing is something I believe in,” he says. “You can only learn by actually doing it, but the responsibility is huge and sometimes, when you have a big problem, you just need to be able to talk to someone you know you can trust.”

One of the reasons Paterson is backing the Leaders of Tomorrow programme is his belief in Aird. “I know that before she picks up the phone to me, she’ll have tried everything,” he says. “She might say, ‘This is probably a stupid question,’ but it won’t be. That’s what you need to succeed in this industry.”