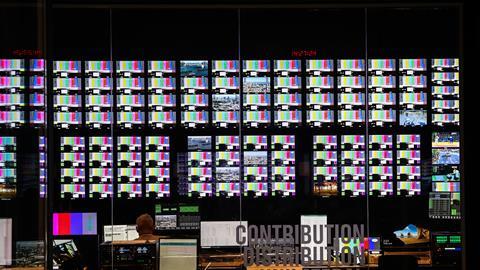 As the Covid-19 pandemic swept across the globe and social distancing measures were implemented to try and reduce infections, it was clear that the virus would impact every aspect of our lives. For sports fans and event organisers alike, it meant the unimaginable – the cancellation, postponement or severe disruption to sporting fixtures that have been part of society’s fabric for decades.

Last year’s Tour de France moved from June to August, but at least the racers were able to whoosh through France as they had since 1903. More severe restrictions in the UK meant that the promise of enjoying strawberries and cream from Wimbledon’s terraces in the warm June sun, evaporated as the internationally renowned tennis championship was cancelled. 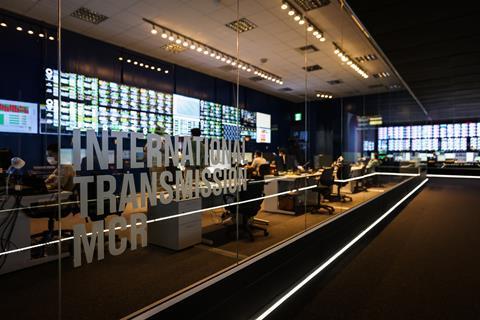 Even Royal Ascot – the ‘must attend’ horse racing event for those who enjoy being seen to mix in Royal circles – had to take place behind closed doors for the first time in 300 years.

Further afield, it looked like the lifelong dreams of Olympians everywhere were going to be shattered when the world’s most-recognised and most-watched sporting event was postponed. Thankfully, due to the terrific efforts of the organisers, the Tokyo 2020 Olympic Games still went ahead.

Not only was it a spectacular event, but thanks to Alibaba’s resilient cloud infrastructure and world-class technologies, it turned out to be a game-changer for broadcasters, showcasing new possibilities for the sports, entertainment and media industries with cloud-based solutions that helped address, among other challenges, the strict pandemic induced restrictions on travel and large scale events.

Through working in collaboration with the Olympic Broadcasting Services (OBS), Alibaba’s cloud solutions supported service delivery for Rights-Holding Broadcasters (RHBs) for the first time during Tokyo 2020.

Built on the platform provided by Alibaba Cloud, the digital technology and intelligence backbone of Alibaba Group and Worldwide TOP Partner, OBS Cloud offered an innovative broadcasting solution for content delivery that drives operational efficiency and greater agility. Brought together by OBS and Alibaba, and operated entirely in the cloud, OBS Cloud is designed to help transform the media industry for the digital era.

While cloud technologies have been gradually adopted for content creation and distribution purposes in broadcasting, the extremely demanding requirements for volume, speed and latency that are inherent in ‘live’ sports broadcasting of major events have kept the use of the cloud at a low level, despite its multiple advantages.

Apart from providing inherent flexibility and scalability, the use of the cloud alleviates the problem of limited timeframes that broadcasters used to encounter when setting up, testing and commissioning their on-premises systems.

As the host broadcaster, OBS was able to provide most of the visual and audio assets of the Olympic Games to RHBs through the new cloud platform, efficiently and securely. Broadcasters could also set up their own content creation, management and distribution systems on OBS Cloud, which has been optimised to address the particular needs of the most demanding live multi-sport workflows.

The key benefits experienced during the recently concluded Olympic Games in Tokyo included:

Talking about the role that the technology would play, Yiannis Exarchos, Chief Executive Officer, OBS, commented: “The partnership with Alibaba Cloud is transforming how we broadcast the Olympic Games to the widest possible audience – this is perhaps the biggest technological change in the broadcasting industry for more than half a century since the introduction of satellite transmission, which was introduced to Olympic broadcast coverage for the first time at Tokyo 1964.”

After the Games, RHBs also had the flexibility to move their deployment home or keep the asset within the OBS Cloud for future Olympic events.

Speaking ahead of the Games, Selina Yuan, General Manager of International Business, Alibaba Cloud Intelligence, said: “We are confident that OBS Cloud will deliver tremendous benefits to media organisations in terms of cost-efficiency and worldwide manageability, and help digitally transform the way RHBs broadcast the Olympic Games.

The agility that comes with cloud infrastructure allows faster deployment time with fewer onsite resources, while the flexibility of a cloud platform enables remote post-production and production to be done faster – and from any location with an internet connection.”

Delivering short-form content: During Tokyo 2020, an estimated 7,000 to 9,000 short-form content clips were produced by the OBS Content+ crew to help enhance RHB coverage. Seventeen RHB organisations and four news agencies subscribed to the full service of receiving those clips through a user-friendly web-based interface. The thousands of clips are now accessible via the RHBs’ digital and social media teams from any location in the world to supplement their own Olympic coverage.

Content asset management: Through Content+, RHBs were able to access all Olympic content produced by the OBS – including live content – as it is being produced. Thirty-one RHB organisations have signed up for this full service to be able to easily browse through the low-resolution files in near-real-time and retrieve any content in any of their global facilities. The access to live coverage allows RHBs to mark part of the live content and download it for their own post-production needs simultaneously, when the games were still happening.

Content production: As part of the post-production workflow, OBS used the Content+ platform for remote editing and standards conversion; a feature that will be extended as a service to the RHBs for future Olympics.

A new era of sporting engagement

The Tokyo 2020 Olympic Games was a transformative moment for athletes and sports fans alike thanks to cloud-based technology. It was also a pivotal moment for broadcasters too, as it ushered in a new era of cloud-based broadcasting. The Games are just the start of the cloud-based sports broadcast revolution, and we’re excited about the opportunity the cloud offers future Games and other major sporting events.