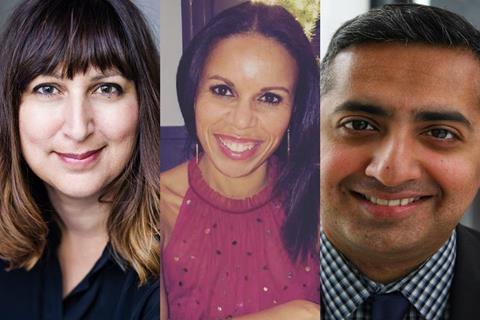 Nav Raman’s Chatterbox, Emma-Rosa Dias’ Afro-Mic and Sohail Shah’s King of Sunshine Productions are among the first cohort of indies to be greenlit from Channel 5’s BAME indie initiative.

The scheme, which was unveiled last year, paired nine BAME indies with commissioners to aid development of programmes for the Viacom-CBS-owned PSB, in collaboration with the TV Collective.

Similarly, the likes of Laurence Llewelyn-Bowen and interior designer Linda Barker will advise viewers on how to add value to their home in Top 10 Ways to Add 20K to Your Home (1 x 60) from Ten66 Television.

The former was commissioned by Kit Morey and the latter by Greg Barnett.

This show, which follows on from ITV’s Britain’s Favourite Detective for Shah’s Manchester-based indie, was commissioned by Adrian Padmore.

Belfast based Afro-Mic is set to celebrate the beauty of Ireland’s coastline in Scenic Ireland: Coast to Coast (2 x 60), which was ordered by C5’s Daniel Pearl.

The former was ordered by Guy Davies and the latter by Emma Westcott.

Of the two other indies participating in the scheme, Chapter 1 Films has struck a funded development partnership with Knickerbockerglory and Clockwork Films is developing a feature length doc with Yorkshire Vet producer Daisybeck.

“I’m thrilled to bits that each of these indies has landed a much-deserved commission,” said ViacomCBS Networks UK director of programmes Ben Frow.

“In order for our industry to become more representative both on and off-screen, it is imperative that we all take meaningful steps to embrace the range of talent that is out there.”

“It is significant that Ben Frow and his team committed to this project many months before the killing of George Floyd, and saw it to completion during a global pandemic,” she said.

“This kind of result can only be delivered by broadcasters with Ben’s bravery, willingness to take action and dogged commitment.”

Since Floyd’s killing, Channel 4 has committed to double the number of BAME-led indies it works with over the next three years, while the BBC has unveiled a £100m ‘diverse and inclusive content fund’.