Every IAAF Diamond League event will be on the BBC until 2024. 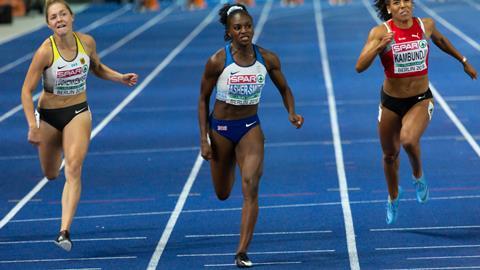 BBC Sport has revealed a deal with the IAAF Diamond League running until the end of 2024.

The broadcaster will air every one of its athletics meetings live through either network TV or BBC iPlayer, BBC Radio and BBC Red Button, beginning with coverage from Gateshead from 7pm, May 23 on BBC2. There are 14 events in total during 2021, with Doha following Gateshead on 28 May. The season ends with a two-day meet in Zurich in September.

Viewers will get a chance to see how some of the world’s best athletes, such as Team GB’s Dina Asher-Smith, Laura Muir, Adam Gemili, Holly Bradshaw and Katarina Johnson-Thompson, perform around the year’s big athletics event, the Tokyo Olympics, which is still set to go ahead despite doubts due to Covid-19.

The Diamond League joins the Olympic Games, World Athletics Championships, European Championships and the Commonwealth Games on the BBC,

Director of BBC Sport, Barbara Slater, said: “These events showcase the very best talent that athletics has to offer as well as the emergence of the stars of the future. In what is set to be a thrilling year for the sport, we’re delighted to bring viewers a wealth of live athletics coverage from the Diamond League.”