BT Sport launches The Rugby’s On

The show is airing ahead of the Premiership semi-finals this weekend. 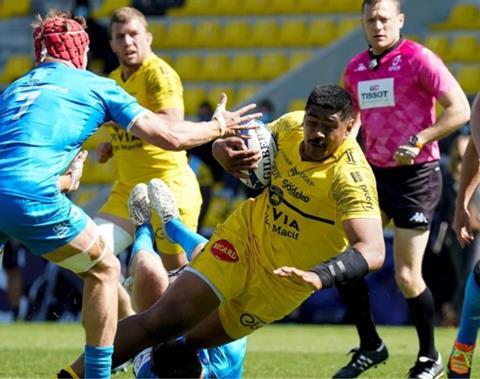 BT Sport is launching The Rugby’s On today (17 June), a chat show taking humorous look at the past week’s rugby news.

Comedian and Saracens fan Hal Cruttenden wil host, with guests for the first week being former England and Lions back Ugo Monye and comedian Andrew Maxwell. The debut show will air at 8pm on Thursday 17 June.

The show is inspired by BT Sport’s The Football’s On, in which host Ian Stone takes a similar humorous look back at news in the world of football.

The Rugby’s On premieres this week ahead of the Premiership semi-finals, which are back-to-back on BT Sport 1 from 1pm on Saturday 19 June. Bristol Bears face Harlequins in the first game at 1.30pm, with Exeter Chiefs against Sale Sharks in the second at 4.30pm.