She will continue to present cycling events on Eurosport, alongside new host duties of the FIM MotoGP and other events 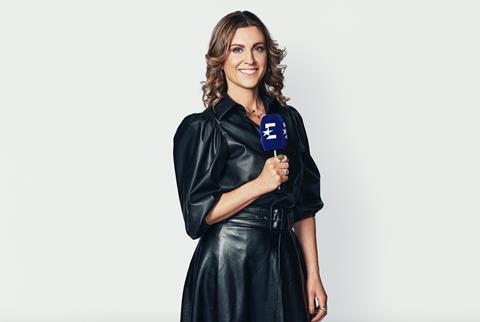 Eurosport has extended its partnership with sports presenter Orla Chennaoui. She first joined the broadcaster’s UK team in 2019 as lead cycling presenter.

She will continue to front Eurosport’s coverage of cycling’s three Grand Tours this year – Giro d’Italia, Tour de France and La Vuelta – and will also take on a broader role at the broadcaster. This will include host duties of Eurosport’s coverage of the FIM MotoGP World Championship in the Netherlands, and play a lead role in Eurosport’s special programming focused on International Women’s Day on Monday (8 March).

Eurosport will announce further projects with Amsterdam-based Chennaoui in due course.

Chennaoui said: “I am thrilled to become a bigger part of the Eurosport family and take on new sports, as well as build on everything we’ve done in the past few years with cycling. I feel we’ve been able to create something special in cycling, along with the fans, and am really excited to develop that further. Working with Eurosport has been such a privilege for me, a professional dream come true and I’m delighted to have the chance to indulge my passion for other sports with the whole team.”

Scott Young, SVP content and production for Eurosport, added: “Orla is already one of the most respected personalities in cycling and fans of the sport immediately identify her with Eurosport and our coverage. Beyond cycling, we are thrilled Orla will play an integral role in our coverage of other sports within the Eurosport and discovery+ portfolio in the months and years to come.”