The coverage will be available for free on YouTube 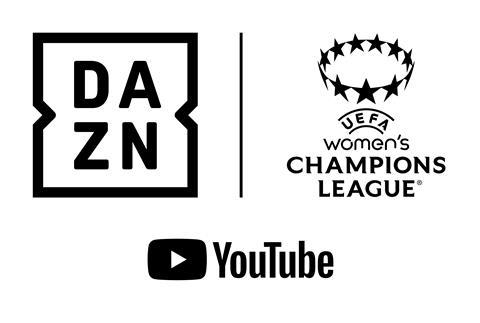 DAZN has unveiled its broadcast plans for the Women’s Champions League ahead of the 2021/22 edition of the competition kicking off this week.

The broadcaster will show all 61 of this season’s matches on its platform, as well as making them available for free through its UEFA Women’s Champions League YouTube channel.

It is running the We All Rise With More Eyes campaign to boost knowledge of the competition, with a six-part We All Rise series that will shine a light on women’s football in six influential European cities, from grassroots and local community to the professional game itself. A short-form episode will debut at half time during every group stage matchweek.

For match coverage, DAZN’s presentation team will travel to a different city each week for its official Game Of The Week. It will be hosted by a rotating group of iconic faces from football and the wider sports and entertainment world, with the first one being Arsenal v Barcelona on 5 October.

In addition, DAZN guarantees that every match will be available in up to three languages - the home team’s language, the away team’s language, and English if it isn’t already covered. The talent lineup includes names from across Europe.

Moreover, live coverage will be complemented by non-live content on YouTube such as highlights featuring all the players, clubs, and goals from the season, as well as the We All Rise series, Game Of The Week clips, player interviews and profiles, team highlights and best-of goal reels, and a new This Is series that will help fans get to know each team in the competition.

This will be joined on social media by DAZN’s Champions League Instagram and Twitter accounts, which will give equal coverage of the men’s and women’s competitions.