How The Hundred can harness the sound of cricket 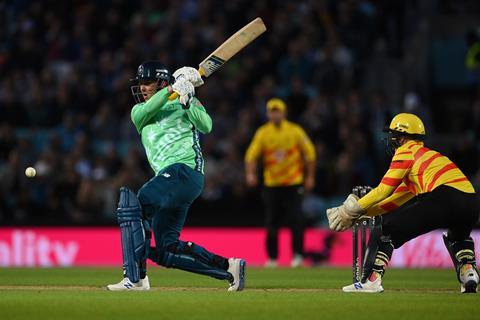 For many people who have little to no interest in cricket, the sport is often associated with long shadows on county cricket grounds; a sleepy, gentleman’s game that sometimes lasts five whole days and ends in a draw.

So it’s hard to blame outsiders for thinking, ‘That seems like a massive time commitment’ or ‘That doesn’t seem like it’s for me’, yet this summer, its newest format ‘The Hundred’, brilliantly dispelled many of these preconceptions.

The BBC kept their tagline simple: ‘It’s like cricket, but shorter’, and the message is clear. Everyone is welcome.

New teams, new branding and new rules, The Hundred had to answer lots of questions from sceptics, but reflecting on the tournament, it’s been a refreshing success, even if a couple of the kits aren’t quite my colour…

Seeing packed stadiums full of young families watching women’s matches has been greatly inspiring, and it’s an image that suggests a bright future for the sport. Who knows how beneficial it will be for young girls to see the likes of Abtaha Maqsood bowling for the Birmingham Phoenix live on the BBC and Sky Sports and thinking ‘that could be me!’ 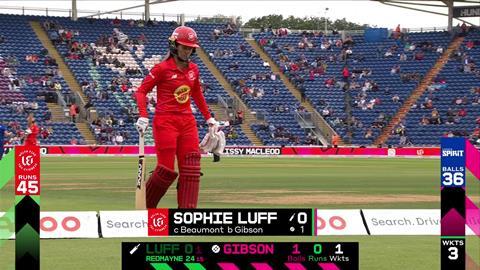 Now that the inaugural tournament has finished and we’re set for a year-long break, fans will have wonderful lasting visual memories of Jemimah Rodrigues’ multiple batting masterclasses, or Izzy Wong knocking the stumps down, but what will they hear?

This is where sound plays a pivotal role.

You often hear the phrase ‘seeing is believing’ when it comes to diversity and inclusion. It’s hugely important that people from diverse backgrounds see themselves represented to truly believe that they can follow in their heroes’ footsteps.

And sound can have a greater impact.

We’ve heard sporting anthems have this influence before. When cricket fans hear ‘Soul Limbo’ by Booker T. & The MG’s, thousands of people are instantly transported to Test Match Special and the reassuring voice of Aggers. I only need to hear cowbells and I think of cricket instantly.

This is the power of recall that broadcasters of The Hundred can also tap into. The tournament has performed brilliantly at capturing a new, young and diverse audience and it needs sonic branding to resonate with them - a sound that speaks directly to the fans, something they can own and associate with the special on-field moments they’ve loved watching this summer. 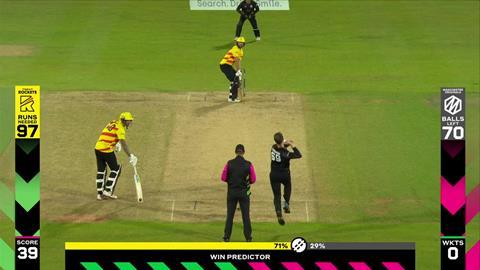 Root your sound in values

Cricket already has the legacy and roots to be really rich in sound and culturally it spans so many countries. The tournament reaches a global TV audience and it attracts talent from all corners of the Earth showing the awesome opportunity to reflect that in music.

Furthermore, music is now such a large part of the matchday experience, be it before the match, between overs or every time a six is hit, the moment is marked by atmosphere-building music, normally something like ‘Sweet Caroline’ or ‘Freed From Desire’. In fact, England’s Barmy Army are world renowned for keeping the atmosphere alight at the cricket, championing cult heroes like Billy the Trumpeter, which makes it all the more intriguing as to why the ICC and ECB haven’t made any significant attempts to capitalise on the sport’s relationship with sound.

Sonic branding is most effective when brand values are at its core throughout the entire creative process, to ensure your sound perfectly represents who you are, what you’re trying to achieve and who you’re speaking to. Crucially, broadcasters have a chance to capitalise on cricket’s already-blossoming relationship with music by composing a unique and ownable sonic brand that encompasses the values of The Hundred.

And these values are elements that the key cricket broadcasters in the UK, BBC and Sky Sports, have already made bold commitments to. Be it supporting the campaign against online hate or Black Lives Matter, the broadcasters can utilise their already-progressive beliefs to add another level of passion and distinctiveness to their coverage of The Hundred in their sonic branding.

As we reach stumps at the end of The Hundred 2021, it’s been a promising summer in the context of cricket’s long and complicated history. Never before has women’s cricket been so exposed to bustling English crowds and mainstream TV coverage, and young girls and boys have been able to access new idols, in some instances, playing a sport they’d never considered could be for them. Broadcasters have the chance to harness these powerful emotions to capture the spirit of the fans, and play their part in cricket’s contribution to diversity and equality in sport, and in life. 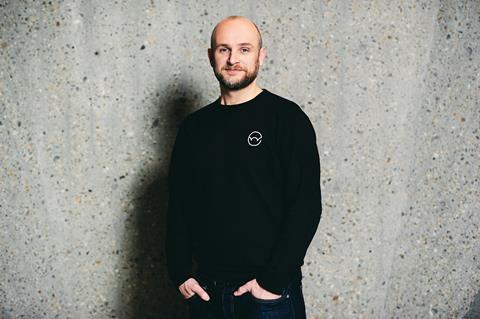