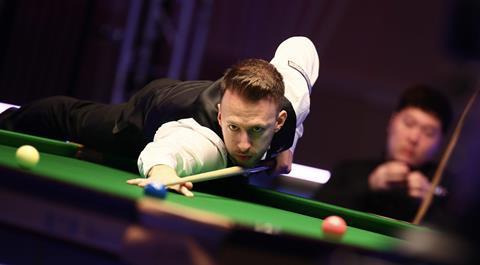 ITV has extended its deal with the Professional Darts Corporation, World Snooker Tour, and Matchroom to continue showing events exclusively on ITV4.

The deal will hope to build on the viewing figures of the 2019 Champions of Champions final between Judd Trump and Neil Robertson - which saw almost one million tune in to see the latter lift the trophy.

Chairman of Matchroom, Barry Hearn OBE, said: “ITV Sport have been valuable partners for the PDC for over a decade and our events remain hugely popular with their viewers. Last year’s Masters win for Peter Wright was followed by Michael van Gerwen winning the UK Open on a weekend that featured two televised nine-darters and showcased the excitement of top-level darts.”

He added: “We are thrilled to extend our agreement with ITV for another two years. They have been fantastic supporters of snooker in recent times and they are a great team to work with. The quality of their coverage is superb and that is reflected in the outstanding viewing figures we consistently see for all four of the top-class events they broadcast each season.”

ITV director of sport, Niall Sloane, said: “We’re delighted to maintain our partnership with Matchroom with this deal, which means viewers will continue to enjoy live, comprehensive free to air coverage of some of the biggest events in snooker for years to come.”