Three matches a week will be available on the LiveScore app 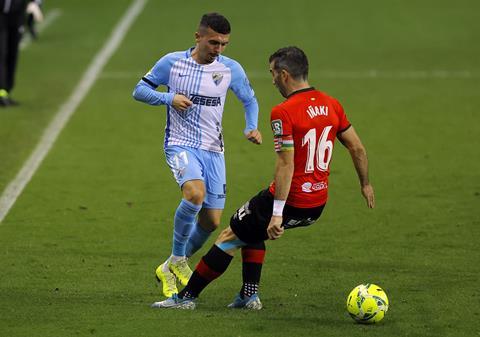 This is the first time that the rights for the Spanish second division have been sold in the UK and Ireland.

LiveScore is also a global sponsor of the top division, LaLiga Santander, and has over 2 million users in the UK and Ireland.

Fans will be able to watch the likes of Malaga, Espanyol, Real Zaragoza, and Girona through the streaming function on the app, which is available on app stores.

As well as high-profile sides who many will have been used to seeing in La Liga, the SmartBank division also has the Asturian derby between Real Oviedo and Sporting Gijon.

Marketing director at LiveScore, Ric Leask, said: “We are thrilled to be once again expanding our free-to-air live streaming service, this time bringing the passion and quality of Spanish football through the addition of LaLiga SmartBank. This is an exciting time for UK and Ireland football fans to follow the action as a number of household name teams battle it out for promotion back to LaLiga Santander.

“As a global sponsor of LaLiga Santander, at LiveScore we already recognise the appeal and interest in Spanish football for our users, and we can’t wait to start bringing the very best of LaLiga SmartBank to these shores between now and June.”

Melcior Soler, director of LaLiga’s audiovisual department, added: “This agreement provides a new and immersive way for fans to discover LaLiga SmartBank through an app that has become synonymous with live sport in the UK and Ireland.

“Digital platforms can help broaden the reach of our competitions and build lasting connections with the user. We are confident that LiveScore provides a viewing experience that people will want to repeat.”