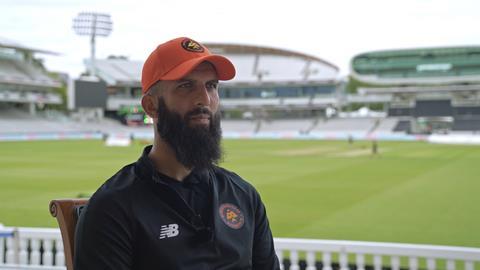 England international Moeen Ali has joined the BBC cricket team for this summer.

Ali, who retired from test cricket in 2021, will first feature in the BBC’s coverage of England’s second test against New Zealand this week, on both Test Match Special and its nightly 7pm BBC2 and iPlayer highlights show.

Later in the summer, the 34-year-old will also feature in the broadcaster’s The Hundred, and other cricket coverage. Ali actually plays in The Hundred for last year’s runner up, Birmingham Phoenix, as well as the England ODI and T20 sides.

Ali said: “It’s an honour to be joining the BBC’s Cricket coverage this summer. There’s a feast of cricket to look forward to over the coming months – I can’t wait to get started this week with the legendary TMS team for our coverage of England’s second Test v New Zealand.”

Barbara Slater, director of BBC Sport, added: “A true star of English cricket, Moeen Ali will be a superb addition to our BBC Cricket team across TV, radio and online.”